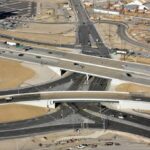 All roads lead to Digitalization for American Infrastructure

All roads lead to Digitalization for American Infrastructure

American leaders have allotted $1.2 trillion to the development and maintenance of the country’s infrastructure under the Infrastructure Investment and Jobs Act (IIJA).

This funding will transform existing structures and provide for the building of new ones as needed—a long-overdue process. We’ve witnessed countless news stories in the last decade that have highlighted the perils of failing infrastructure. Bridges have collapsed, water utilities in disrepair have impacted the health of citizens, and roads and highways show evidence of considerable wear and tear. These infrastructure elements are critical to the everyday lives of citizens, and yet they are failing—largely because many were built half a century ago (or more).

Much of the country’s roads, highways, bridges (and other critical infrastructure) were constructed long before computers and digital tools transformed the workforce. Even as some departments have employed digital tools to replace paper-based documentation, the digital strategy is still siloed, complex, and inefficient because there is no standardization across agencies and projects.

This is all exciting, yes, but there’s a catch. The investment will certainly fail if we do not digitalize our capital planning process. We cannot build tomorrow’s infrastructure with yesterday’s technology. And, if we try to move forward with this large-scale infrastructure vitalization initiative without leveraging digital tools, the chance of projects going over budget and over the projected timeline, stalling, or failing altogether, will only increase. Capital program stakeholders must prioritize digitalization and they must implement it across the lifecycle of construction management.

Aurigo Masterworks is primarily used by capital program executives—planning directors, chief engineers, CFOs, and the like—to see both a holistic view of the program’s budget and granular-level data points. The platform is not a point solution designed primarily to help owner and contractor during the construction phase alone. Masterworks is a comprehensive, end-to-end capital program management technology that ensures the right projects are selected and delivered to meet an agency’s strategic goals.

When every element of capital projects is digitalized—from planning to design, to construction and operation—the program can be managed with a holistic perspective. Stakeholders will have a bird’s-eye view across projects and simultaneously access the minute details of each specific project at every phase of the construction lifecycle. When this level of program-wide digitalization is achieved, it results in better, more efficient, and more impactful project delivery and use of IIJA funds. The only way forward is to digitalize.

In 2018, Nevada’s Department of Transportation needed to digitalize processes and replace legacy systems with more efficient technology across the organization’s entire infrastructure plan. Digitalization within the context of transportation infrastructure is not simply moving from paper-based documentation to digital tools. It is deeper than that. Digitalization in capital infrastructure means that agencies and departments must find, apply and leverage the best digital tools available in order to transform their processes.

To create a more efficient department, Nevada DOT chose Aurigo Masterworks, the cloud-based capital infrastructure and management solution that helped them automate workflows and store electronic documentation in a single location (instead of the multiple legacy platforms they previously employed). The platform is now used to run 100 projects per year, 35-45% that are related to bridge and road maintenance.

Similarly, the Wisconsin Department of Transportation chose Aurigo Masterworks to replace their inefficient method of managing capital project finances: Excel spreadsheets and outdated in-house systems. They transitioned around 15,000 projects to the cloud-based platform to create a centralized system to manage program data.

Digitalization is capital infrastructure’s highway to efficiency because it provides a clear route from the very early stages of a transportation plan—like funding and programming—through design and construction to completion. Both departments chose the cloud-based capital planning solution because they needed smarter investment planning, faster project delivery, and better quality projects overall.

With data-driven planning tools in place, the capital planning stakeholders responsible for investment planning will be able to use scientific methods to direct funding, identify key problems, score and prioritize projects, and forecast for years ahead. When cloud-based capital planning software is implemented, projects will see expedited delivery because regulatory processes will be fast-tracked and efficient. Ultimately, when capital planning technology is leveraged, it will be easier for projects to comply with higher quality and safety standards thanks to digital inspections and analytics.

Paving the way to civic engagement

There is one other critical component that digitalization can bring to this monumental infrastructure investment: civic engagement. With $1.2 trillion funded into the Infrastructure Investment and Jobs Act, taxpayers will want to know that their money is being used properly. Technology has enabled a new era of engagement that will transform how the infrastructure development process plays out.

We are at the forefront of this new era with solutions like Aurigo Engage. The new application is AI and cloud-based and designed to facilitate civic engagement and encourage feedback about capital planning projects. For federally funded projects, civic engagement is critical but has long been a complex and cumbersome process. Thanks to digitalization, agencies can now gather public feedback and get approvals for plans in an efficient and streamlined manner. This digital process will create a more equitable feedback process that makes it easier for taxpayers to engage without having to attend in-person meetings, access various platforms or websites, or search out engagement forms online.

As agencies across the U.S. look to develop plans to put the $110 billion of transportation infrastructure funding to use, digitalization will be critical. Fortunately, many agencies across the U.S. have begun the process of digital transformation and have demonstrated the quantifiable impact that a cloud-based, comprehensive capital planning tool can have on projects as a whole.

Whether we are discussing roads and highways, bridges, water and wastewater, rail and transit, or buildings and facilities, digitalization is the route we must take as we move forward with this investment in American infrastructure. We need digital tools to bring us into a new era of efficiency, collaboration, and civic engagement so that our infrastructure projects will benefit this generation and the ones to come. It’s time for capital program owners to go digital.