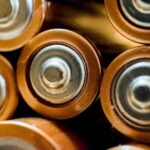 The battery industry is set to be one of the most significant over the next 10 years, according to GlobalData, which predicts that revenues will exceed $168 billion by 2030. However, the leading data and analytics company notes that extraction of raw materials will not meet soaring demand unless capital markets change course in the face of ESG pressures and invest heavily in new mines.

According to GlobalData’s latest report, ‘Batteries – Thematic Research’, battery industry revenues sat at $55 billion in 2020. A growth of 14% compound annual growth rate (CAGR) is expected to 2030, mostly driven by sales from lithium-ion batteries.

Daniel Clarke, Analyst in the Thematic Intelligence team at GlobalData comments: “Governments must play a greater role in incentivizing mining, refining, and battery cell production. The reasons for this are two-fold. Firstly, an emerging challenge for the next decade will be whether extraction of natural resources and raw materials such as lithium, nickel, cobalt and graphite can meet the soaring demand for batteries. More gigafactories may be announced, but where will all the raw materials come from? Despite being finite, these materials are not rare, and greater investment is needed.

“Secondly, while much of the world focuses on today’s geopolitical tug of war over energy between Russia and the Western world, a new clean energy geopolitical battle is being fought throughout the lithium-ion battery supply chain. Western governments have woken up to their potential weakness verses China, and are heavily and actively incentivizing companies to build out a regionalized lithium-ion battery supply chain. Lithium is abundant, but significant investment is required in new hard rock mines to meet rampant growing demand.”

GlobalData’s report notes that China has a very strong position in mining, refining, and cell production, with a near monopoly in various stages of the supply chain.

Michael Orme, Consultant Analyst in the Thematic Intelligence team at GlobalData comments: “China-based battery manufacturer CATL is part of the ‘China Inc master plan’ to dominate the highly strategic global battery industry—and, in the process, the global electric vehicle (EV) scene. This will be achieved on the back of lavish subsidies, a large and growing captive home market, soft regulations, and the many benefits that China’s control of the battery materials global supply chain brings.

“CATL has come from virtually nowhere five years ago to commanding over 30% of the global market, which is twice the share of previous battery oligarch Panasonic. Back in 2018, both CATL and Panasonic had around 16% of the market. Not only that, but CATL’s power is increasing at the expense of the other main incumbents such LG Chem and Samsung SDI. Key foreign customers—notably Tesla, VW, BMW and GM—now accept that they have little option but to make CATL a strategic core of their global supply chains.”

GlobalData’s report also notes that government incentivization for mining and refining of raw materials is fundamental to the world meeting its climate goals, alongside battery recycling initiatives.

Dr Lil Read, Senior Analyst in the Thematic Intelligence team at GlobalData, comments: “Battery recycling is imperative to minimize environmental impact and prevent the depletion of finite natural resources. Many companies are recognizing the necessity and financial opportunity of battery recycling, with global leaders including Tesla founder JB Straubel’s Redwood and European battery maker Northvolt. Although hopes of a circular battery economy are a long way off, large battery makers may eventually look to vertically integrate recycling capabilities.

“By 2030, creating a circular battery economy will be a central industry trend and will radically reduce geopolitical dependencies, help decarbonize the ecologically dirty mining sector, and ensure the industry is sustainable in the long term.”