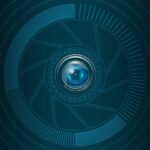 How Computer Vision can transform Cities into Smart Cities

How Computer Vision can transform Cities into Smart Cities

The University of Manchester recently published a paper on the effectiveness of interventions implemented within cities to improve the quality of urban life. Notably, some of the challenges of measuring the impact of these interventions are data sources: provenance, solutions and analytics techniques.

There are lots of different data collection methods for urban improvement schemes, but how do you decide on the right one? It is important to look at the different technologies that providers use as there are a range of different options for digitising smart city planning.

For example, because of the way they work, induction loops and other in-ground technology detect the presence of an object as it passes over them, but they do not count pedestrians and cyclists, and cannot differentiate between a car and a van. If set-up to count cyclists, their ability to classify other vehicle types is reduced. This technology is also unable to provide visual output and the installation process requires intrusive ground works, causing considerable traffic disruption.

Video surveys also have limitations. They are costly and involve quite a lot of manual intervention, typically in the form of installing cameras for a specified period. Data is then provided raw or in analysis format several weeks later. Relying on traditional snapshot data does not provide any insight into behaviours and interactions of different traffic modes, which makes it difficult to assess the success of a scheme over time.

According to a report supported by the Asphalt Industry Alliance, the cost of repairing Britain’s pothole-plagued roads will exceed £12 billion while for road users it can mean expensive car repairs. The road infrastructure maintenance and inspection is an area that is critical for the safety of its users but it also often requires resources that are not available.

The application of AI in these cases has therefore proven to be valuable – needing less resources, less time and less money. It has shown for example it can help detect damages to the road surface, which are then georeferenced and analysed to provide insights into repair works needed.

With technology such as Vialytics, using computer vision from dashboard-mounted cameras to detect potholes, or even full AI-driven robots (such as those recently prototyped by by the University of Liverpool) road defects such as cracks and potholes can now be characterised, assessed and fixed more efficiently. This in turn will help make maintenance tasks faster, cheaper, and cleaner and ultimately make roads safer and more accessible.

While the urban improvement schemes mentioned above may have some benefits, they also have limitations, mainly in the way they collect and store data.

Advanced computer vision techniques have the advantage of being able to capture accurate, comprehensive, and anonymous real-time and historic datasets.

Real-time data insights from CV sensors can help create a holistic picture of how the road space is being used by different modes, their behaviours and trends, including:

The application of advanced computer vision in urban infrastructure has shown many benefits. An example of such implementation is Transport for Greater Manchester’s (TfGM) work to support its Cycle and Stride for Active Lives scheme. The project saw the installation of around 100 AI-powered sensors across the region to capture anonymous data in real-time on cycling and walking, helping to assess trends on key roads and junctions.

Sensors capture anonymous traffic counts in real-time across a selected ‘count line’. These counts can show the interactions between pedestrians, cyclists and cars, for example, and provide insights on factors such as number, pathways and speed. The data is completely anonymised and presents no privacy or personal data risk.

As the region already has Smart Junction technology in operation, the addition of these sensors will help create a network for unparalleled travel data insight in the city.

Transport for London (TfL) is another good example of a local government body deploying sensors to help monitor and assess new cycle routes in the capital. Having to rely previously on manual traffic counts, TfL had only snapshots of road use on the given day or time. The new sensors, which use AI to detect road users and classify which mode of transport they are using, provide accurate, detailed data insight on cycle infrastructure, movement, journey times, speed and paths.

It goes without saying that this will further support the Mayor’s efforts to tackle London’s toxic air, ill-health and the climate emergency and to reach the Transport Strategy target: for 80% of journeys in London to be made on foot, bike and public transport by 2041.

The importance of short term monitoring

An important part of the TfL project was the collection of data 24/7 to provide an analysis in real time on  how the roads were being used by everyone. This short term monitoring empowers councils to gain a better understanding on the success of a scheme and make adjustments along the way to ensure its full effectiveness and ease of future roll-out.

Short term monitoring is particularly useful for identifying seasonal trends, key for areas that have a thriving tourism industry and are prone to see an increase in road usage during certain months of the year.

Dorset Council, for example, is planning major active travel infrastructure developments which include capturing data on current cyclist, pedestrian and traffic usage in the region with two important variations:

It’s now time to look more broadly at the long-term benefits of computer vision and its potential in developing cities of the future.

Article by Mark Nicholson, CEO and co-founder at Vivacity Labs