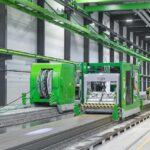 Just 10 operators. That’s all it takes to complete three 132m long hollow-core concrete slabs every day at Norwegian precast producer Contiga’s state-of-the-art new facility on the Island of Askøy. Skilled labour is both scarce and expensive in Norway, so a priority in the plant’s design was to incorporate the highest level of automation possible.

For its Askøy plant Contiga chose to partner with Finnish precast concrete technology leader Elematic. “It was one of the companies that has come furthest with regards to precast automation,” says Production Director Hilde Fløgstad, adding that: “When building a highly automated factory, you need the IT element to be aligned too, so we also adopted the Elematic Plant Control system.” 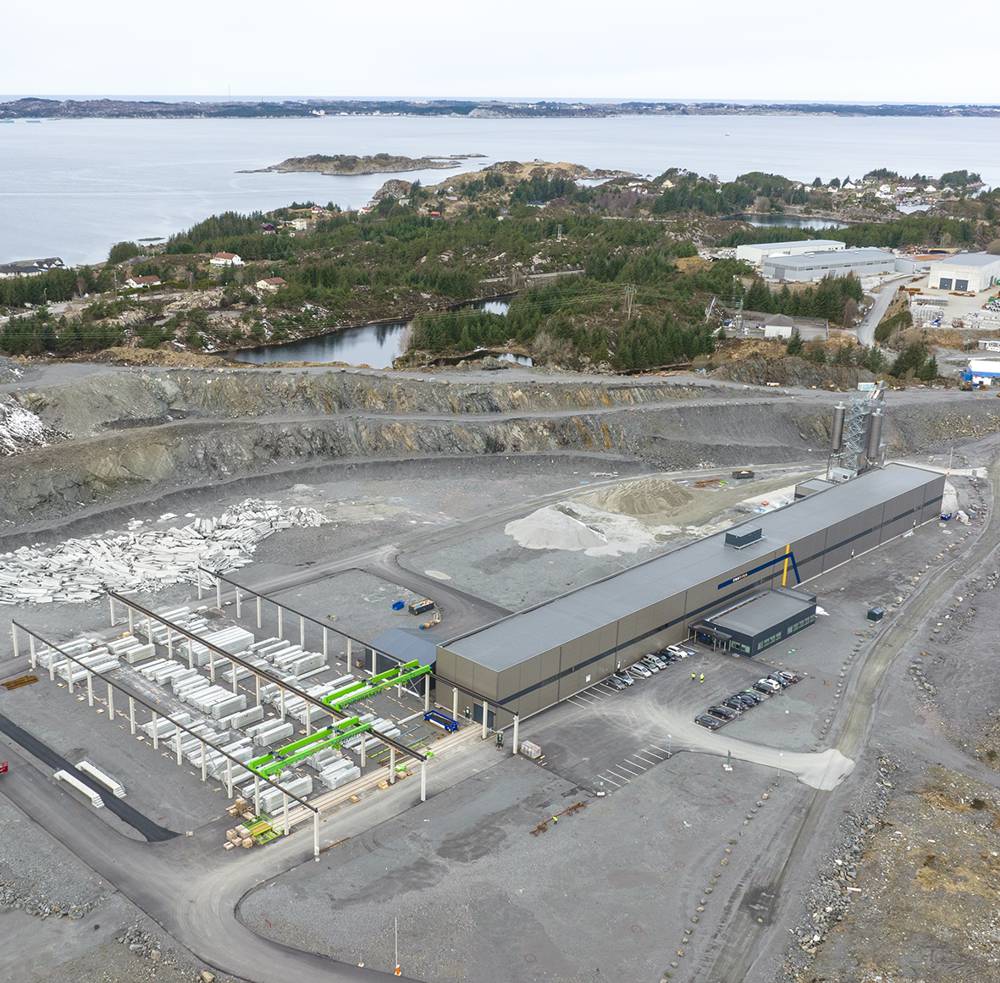 “The layout of the factory is good, and the speed of the machinery impressive. I am proud of the level of automation we have achieved. We can do a lot with quite limited resources,” says Fløgstad. The layout of the plant is designed to be efficient, not only from a production perspective, but also with regards to maintenance, washing, and transportation.

The automated batching & mixing plant is a labour-saving innovation, as is the automated transport of concrete from the mixer to the extruder. The transportation system consists of active and passive wagon with combined 30 t capacity. An automated E9 wagon system helps move the slabs quickly from production to the storage area: but it’s not the end of the automatons.

“The Modifier E9 not only saves time, it also saves our personnel from the toughest jobs,” says Technical Advisor Ove Sandvin. The Modifier E9 is a machine for digging openings and recesses, for example for HVAC ducts and plumbing, into fresh hollow core slabs. “And we save between one and two people behind the machine.”

It is the Extruder E9 that is the star of the show though. The machine that actually creates the slab, the Extruder E9 can produce hollow-core slabs at a higher quality and faster than any other. “We have cast up to 2.8 meters per minute for a 265 slab. That’s fast!” notes Sandvin. 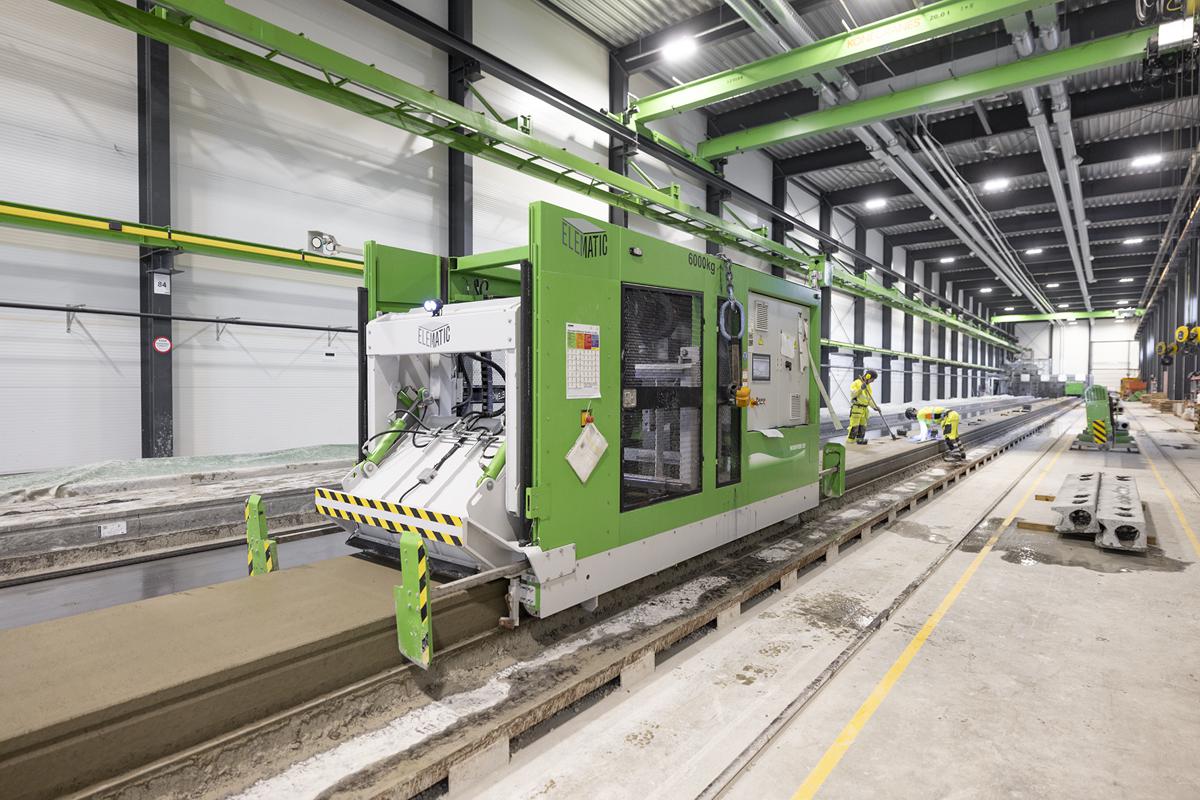 Accuracy on a new level

A high level of automation requires reliable and user-friendly software. Elematic’s Plant Control manufacturing execution system, as used at Askøy and often referred to as Plant Control Floor, is a suite of tools for production planners and supervisors that consists of different modules. Contiga uses the planning, monitoring, and scheduling modules.

Thanks to this, Elematic machinery now gets slab information directly from computer files, which it then automates, ensuring the outcome is correct every time.

Sandvin points out the advantages of designers and production planners having access to the same BIM models, and how the system has evolved. 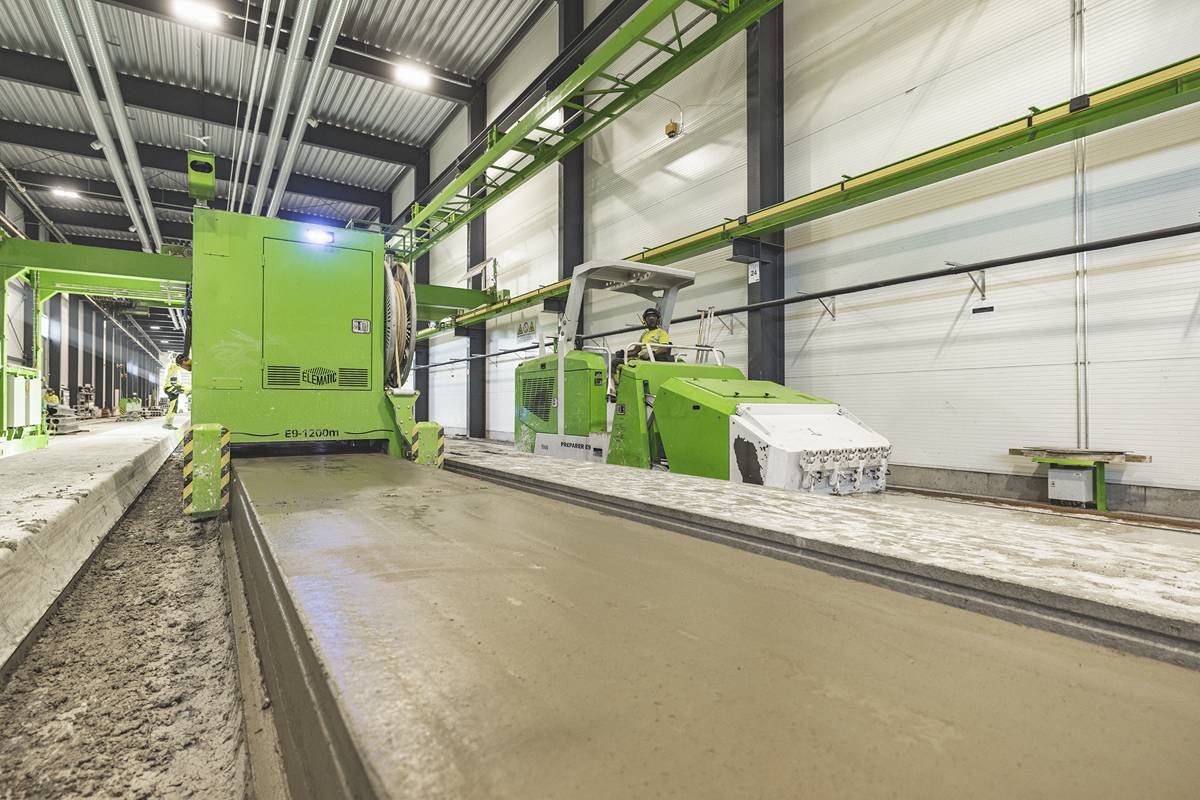 “In the beginning, when the BIM models arrived from the designers, one of the most challenging parts was that the openings had to be changed from a 2D perspective to 3D. The machines will perform exactly as they are told and therefore need to be fed all data correctly,” says Sandvin, who soon contacted the Elematic software developers for help. “They listened and now it is easy to make changes,” he says. “If there is a problem, the production planner can grab the phone and call a designer. As they are both working on the same model, it is easy to sort out problems before exporting the files into Plant Control.”

Sandvin is also particularly fond of the automatic nesting feature that places the hollow core slabs optimally in the casting beds, thereby improving the processes and reducing strand waste. “We use the nesting ID from the planning system through the whole production process,” he says. “That means in the stresser, the extruder, the modifier, as well as in the batching & mixing plant.” 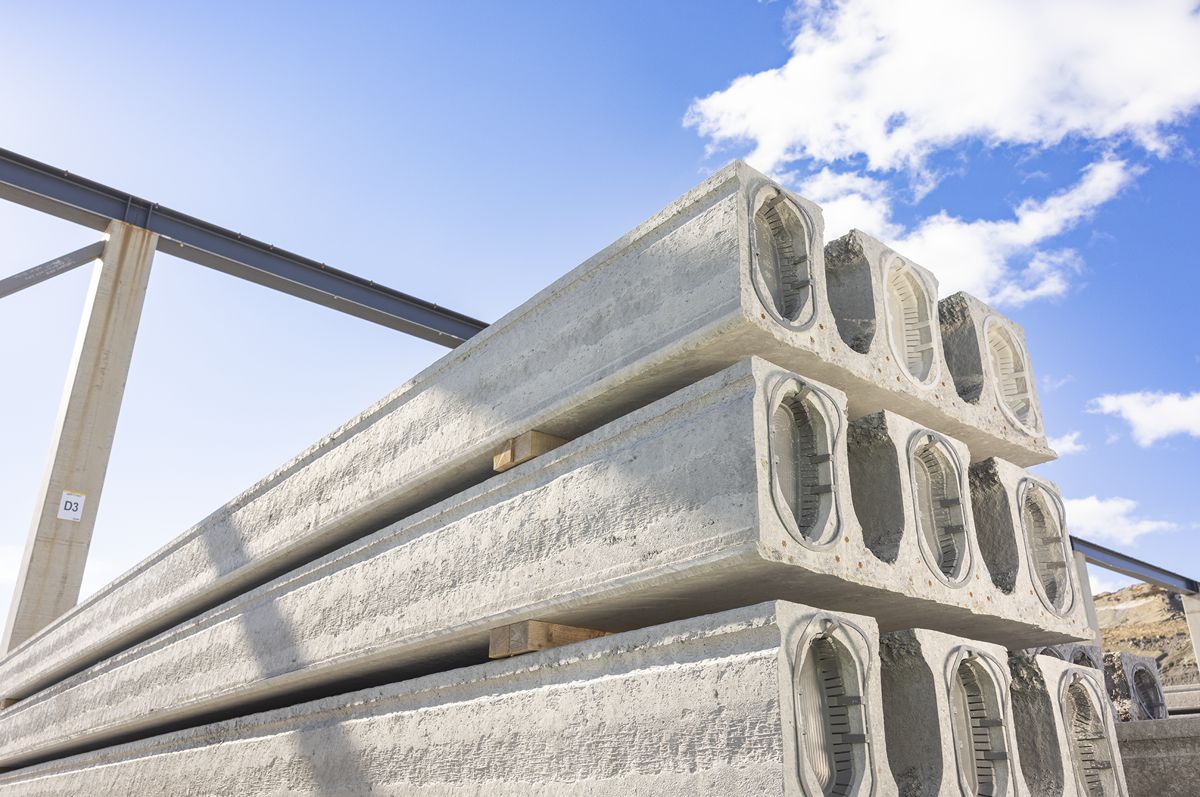 Fløgstad characterizes the cooperation and communication between Contiga and Elematic as good. Not least during the crucial early phases of developing the new plant. “Elematic listened to our requirements and tried their best to accommodate them,” she says. “We have worked together to create something new, to take automation to a level higher than before. That has been one of the best parts of our cooperation.”

Of course, new projects usually experience some hiccups, and Contiga Askøy is no exception. But thanks to this spirit of cooperation with Elematic, even potentially critical problems have been overcome.

“We had a breakdown in our mixer, and needed parts that we didn’t have in stock. Elematic quickly helped us – both with finding out the root cause of the failure and also quickly sending parts. They also helped with their installation, so the period where we were not able to produce fully was minimized,” Fløgstad says. 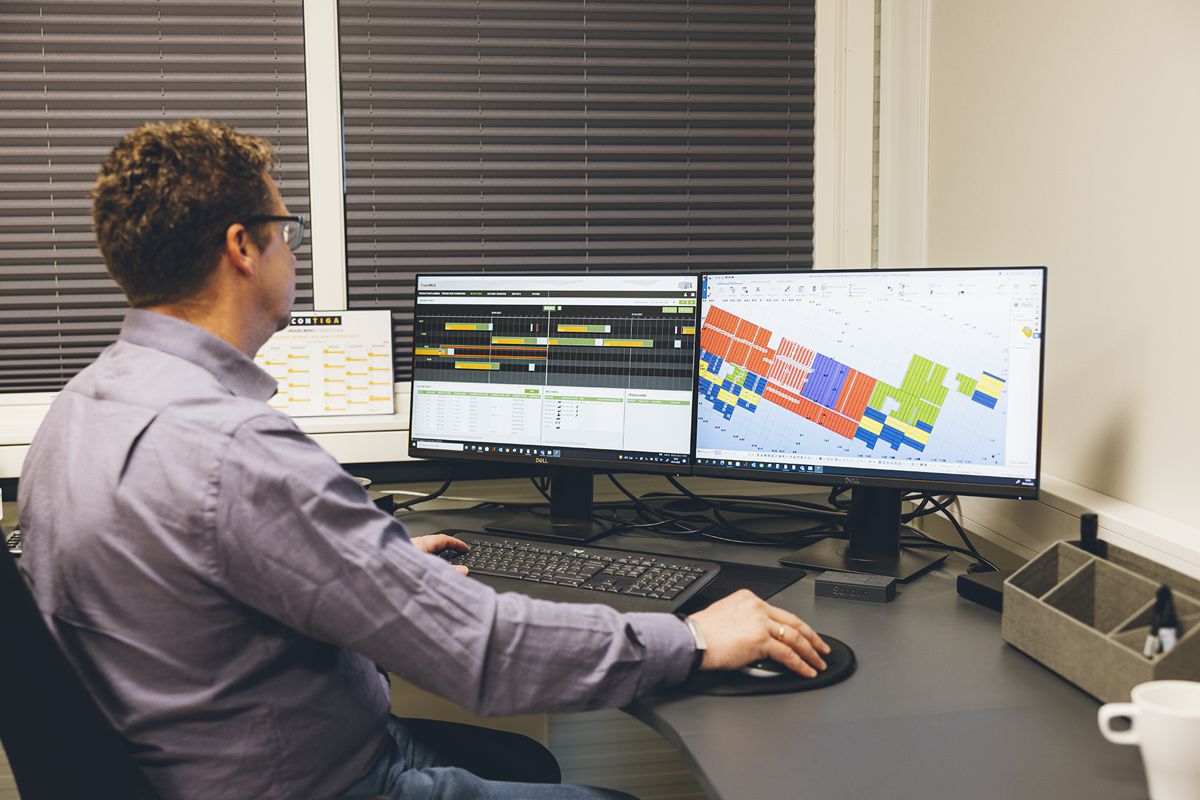 Finally, the new Askøy factory is geared for recycling, as leftover concrete is ground down and reused in the recipe, along with slurry from the recycling plant. “To build a new factory without a recycling plant is unthinkable these days,” concludes Fløgstad. “Recycling is just as important as the core processes in our production. We need to reduce our waste and leave a CO2 footprint that is as low as possible.”

When it comes to automated precast concrete manufacturing, it’s amazing what 10 people – and a Lot of automation – can achieve. 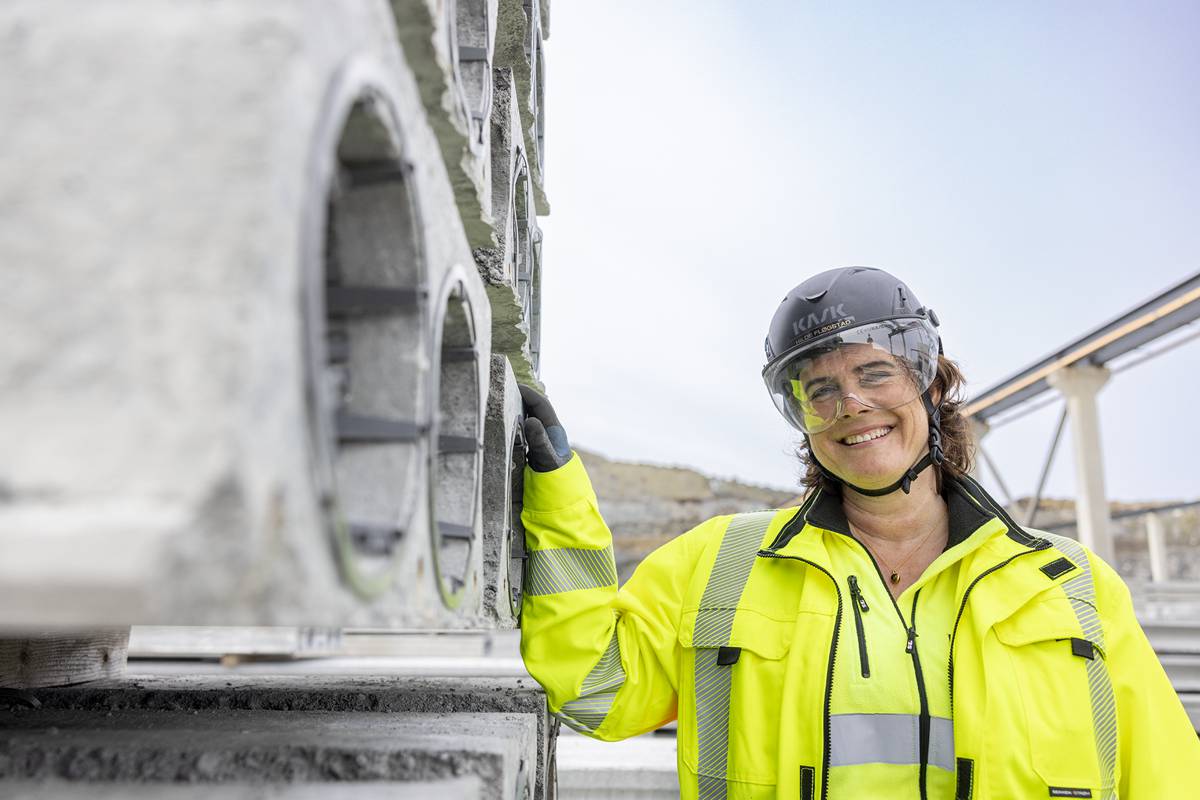