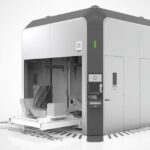 Tucked away in the sub-basement of Pitt’s Benedum Hall, past the racecar parts spilling into hallways, you’ll find a giant machine that looks like a cross between a car garage and the entry port of a sci-fi spaceship. It’s a state-of-the-art 3D printer for metal — the first Gefertec arc605 at any university in the U.S.

For producing big, specialized metal parts, the machine is unbeatable, said Albert To, William Kepler Whiteford Professor in the Swanson School of Engineering and an expert on 3D printing.

“Even on the order of tens of parts, this is very advantageous,” he said. “And if you want to include some complexity, then you can’t do it any other way than 3D printing.”

The printer makes use of welding, melting wire made from metals like stainless steel, titanium and aluminium alloys and depositing it layer by layer. Previous metal 3D printers in the lab using lasers and metal powder could lay down a few hundred grams an hour; this one is an order of magnitude faster.

That makes the Gefertec printer ideal for producing larger parts that would normally have to be casted and tooled, an expensive approach that’s often not practical for manufacturing small-batch, specialty pieces. One of To’s first projects, for instance, is to make a three-foot-long bridge joint for the U.S. Army that’s no longer manufactured.

While the technology has been around for decades, only in the past several years has it become reliable enough to gain widespread notice. “All of a sudden, there’s a very high interest in industry,” including in aerospace, nuclear power and oil and gas, To said.

The machine’s advanced software and “five-axis” capabilities where pieces can be rotated and tilted during printing means it can be used to create complex metal parts. But there are still plenty of kinks to work out. For instance, metals warp as they heat and cool, a process that To is using the new printer to study with funding from the U.S. Army and the Department of Energy.

Xavier Jimenez, a PhD student in the Swanson School of Engineering, prepares to operate the Gefertec arc605, a 3D printer for metal.

Jiminez and his advisor Albert To, William Kepler Whiteford Professor in the Swanson School of Engineering, pose in front of the Gefertec printer. Jiminez is holding a test part made using the machine to ensure it’s working properly.

Jimenez operates the Gefertec printer using a computer terminal built into the machine.

Simple “walls” of stainless steel welded onto a surface using the new printer.

One of the first objects made by Jimenez using the printer. The shape shows off the printer’s ability to rotate the plate, laying down metals at different angles.

A test part of 3D-printed titanium. When printing with titanium, researchers pump argon gas into the printer to ensure that the metal doesn’t chemically react with the air.

Jimenez displays the wire that the printer uses to construct objects. One advantage over other 3D printers is that the raw material is the same cheap and easy-to-find wire used by welders worldwide, rather than expensive and specialized powders.

The Gefertec printer in action. Green glass protects viewers from the bright light of the device’s arc welder as it deposits layers of an aluminium alloy.

Xavier Jimenez, a third-year PhD student in To’s lab, is developing a process to 3D print using a new type of high-strength aluminium that has potential applications in aerospace but tends to crack when welded.

“You have to tune all these different parameters to figure out what will produce the best-quality weld,” Jimenez said. “Every material behaves a little differently.”

Jimenez came to Pitt in part because he wanted to work with the Gefertec arc605, but COVID-19 threw a wrench in the gears, and the printer took three years to make its way to Pitt. The machine is larger than some studio apartments, and when it did arrive it had to be dropped into the lab piece-by-piece via crane and then assembled. That wasn’t the only challenge. “Due to some scheduling issues, the U.S.-based installers couldn’t get here in time, and they had to send German-based installers who couldn’t speak English,” said Jimenez.

With the help of a German-speaking professor, the team made it through the installation, and are now in the process of testing parameters for the 3D printing of different metals. By testing the approach for different metals, then using X-rays and testing material properties, they can start to model how the process affects a part — from visible warping to changes to the microscopic structure of the material.

Further out, To is collaborating with colleagues to create smart components where fibre-optic cables are embedded in 3D-printed metal parts to sense the temperature and deformation of the part.

“It was a lot of work to get all the pieces together to get the machine working,” Jimenez said. “We’re very happy that it’s here.” 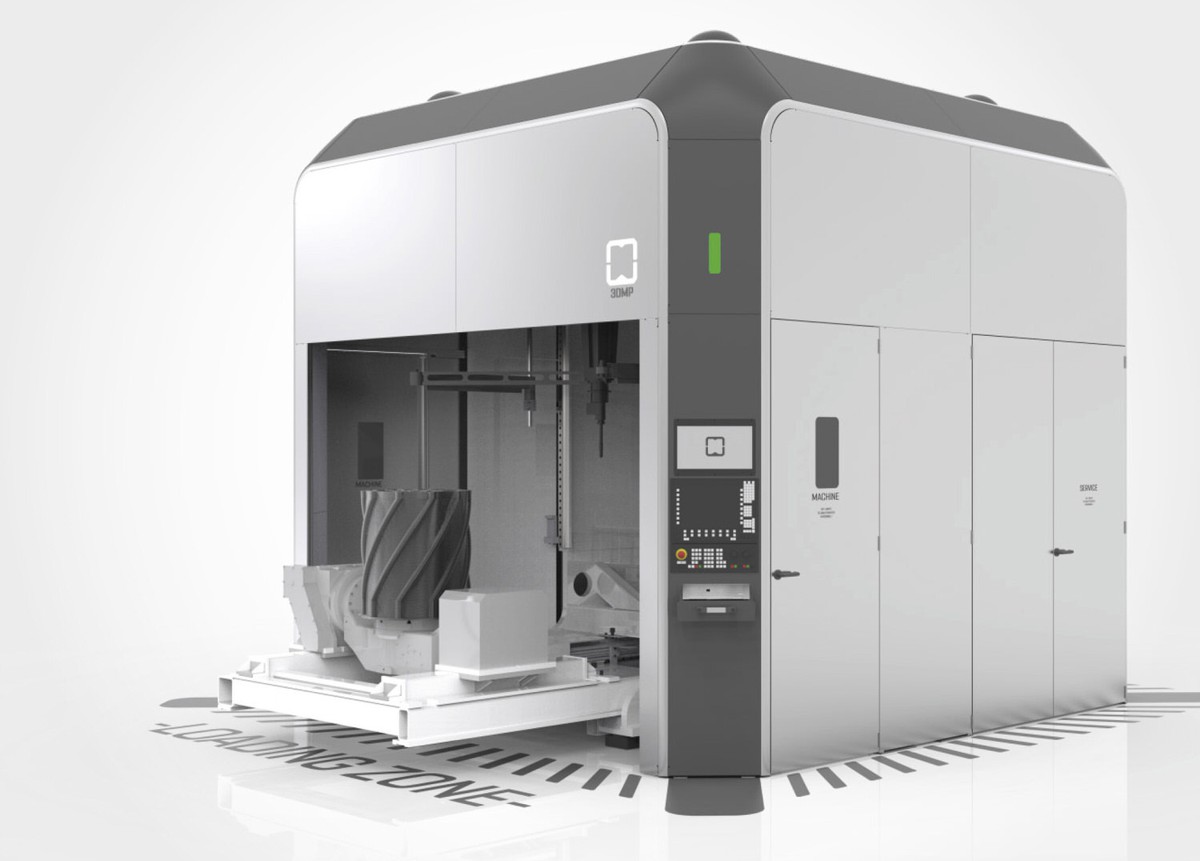 0 0 0
Previous : MIT 3D Programmable Materials can sense their own movements
Next : AI and Digital Twins could lower Nuclear Energy Costs