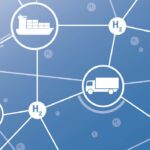 Hydrogen Utopia International PLC a company pioneering non-recyclable waste plastics to hydrogen technology, is delighted to announce that its wholly owned Polish subsidiary, Hydropolis United sp z.o.o., has signed a letter of intent with RZZO Regionalny Zaklad Zagospodarowania Odpadów sp z.o.o., the regional municipal waste management company operating in Ostrów Wielkopolski, Greater Poland. RZZO works closely with the local government and the LOI was signed in the presence of and with the full support of the Mayor of Ostrów Wielkopolski, Beata Klimek, and the Deputy Mayor, Mikołaj Kostka.

Hydrogen Utopia International’s waste plastic to hydrogen process, incorporating Powerhouse Energy Group Plc (PHE) DMG® technology, is an efficient, robust, scientifically well-established and environmentally friendly technology, that converts end of life plastics into a source of energy. The systems are scalable and adaptable to site specifics and characteristics. A plant can be constructed on as little as 1.5 hectares and bolted on to existing waste remediation facilities with ease. Hydrogen Utopia International has acquired exclusive rights to market PHE DMG® technology in Hungary, Poland and Greece and non-exclusive rights for the rest of the world. It has forged strong alliances with leading players in their fields such as Linde (the leading global industrial gases group), Sweco (one of Europe’s leading engineering, environmental technology and architecture consultancies) and Electron Thermal Processing (a Dutch specialist heat treatment system provider) in order to ensure a successful rollout of its systems.

Aleksandra Binkowska, CEO of Hydrogen Utopia International, commented: “RZZO’s ambition as a company, working closely with the city of Ostrów Wielkopolski’s local government, clearly demonstrates that together they have an ambition to be ahead of the game. Their entrepreneurial spirit and forward-thinking is tangible. The drive to implement future technologies in the region is electrifying. My experience with RZZO and the City Officials has been highly positive, and I am sure that they will each do everything to help roll out a Hydrogen Utopia International plastic waste to hydrogen system in the region”

RZZO was established in connection with the changes introduced in waste management in Poland and new legal regulations in this area, with a view to improving existing facilities and processes. It has a long-term contract for the management of municipal waste with the city of Ostrów Wielkopolski and it has built a number of modern waste management facilities in the region. Under the letter of intent, RZZO has agreed, subject to final contract, that it will provide a plot of land at one of its facilities with the necessary utilities to operate a Hydrogen Utopia International waste plastic to hydrogen plant, it will provide all necessary assistance with the permitting of the site, it will provide the waste plastic feedstock necessary to operate the system.

The installation planned at RZZO will have the capacity to process up to 40 tonnes of plastic waste per day and produce up to 2-3 tonnes of hydrogen per day as well as electricity and heat. RZZO has undertaken to use its best endeavours to assist in procuring funding for the plant from EU, national or local grants and/or private funding. RZZO has also offered its full assistance in finding off-take partners for the hydrogen and energy produced by the plant. It is likely that the heat energy produced by a plant would be fed into a district heating system.

Marzena Wodzińska, President of RZZO, commented: “We believe that only future technologies can provide Ostrów Wielkopolski the prosperity and standing it deserves. We pride ourselves on delivering our customers with the best we possibly can and I believe that an Hydrogen Utopia International waste plastic to hydrogen plant has the potential to solve the global plastic problem and provide us with the valuable energy that we need.”

In general, Hydrogen Utopia International is targeting areas where there is a significant private sector interest or potential financial backing is accessible and/or where substantial EU and/or government funded sources of grants and loans are available, such as the EU’s ‘Just Transition Fund” which was set up to help fossil fuel dependent communities transition towards climate neutrality. Hydrogen Utopia International’s flagship project is set to be in Konin, Poland.

Following the signing of an agreement between Hydrogen Utopia International and the City of Konin in February 2021, an EIA has already been submitted by prestigious engineering firm Sweco, close to the city’s existing waste remediation facilities, and the scheme is likely to be passed in the next year. The establishing of a facility based on a similar model, at Ostrów is an exciting prospect and the two plants could potentially demonstrate in unison the advantages of solving the dual environmental threats of plastic overload and burning fossil fuels, as Poland pulls out all the stops to decarbonise its economy on a background of fossil fuel dependency spanning generations.