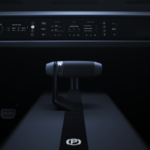 Incari Studio makes complex issues easy to master, helps to develop better HMIs, allows more freedom in design, and is accessible without programming knowledge. It has the potential to become the definitive software for HMI development worldwide.

Examples for application include the automotive and mobility sector, for cars, boats, airplanes, or bicycles as well as in other industries like medicine or smart home solutions. Incari Studio has even been used for high-profile projects such as the sportscar Piech GT or the eVTOL MC-one.

“With the newly introduced features, Incari Studio users will be able to import state-of-the-art 3D models, place and animate them with ease in the scene, then enrich them with interactivity via logic and finally create a reusable and customizable prefab that can be shared with other team member and across projects,” says Abdallah Huballah, CTO of Incari. “With Incari Studio 2022.1 users can focus more on their work and their creativity and less on the tool and the technology.” 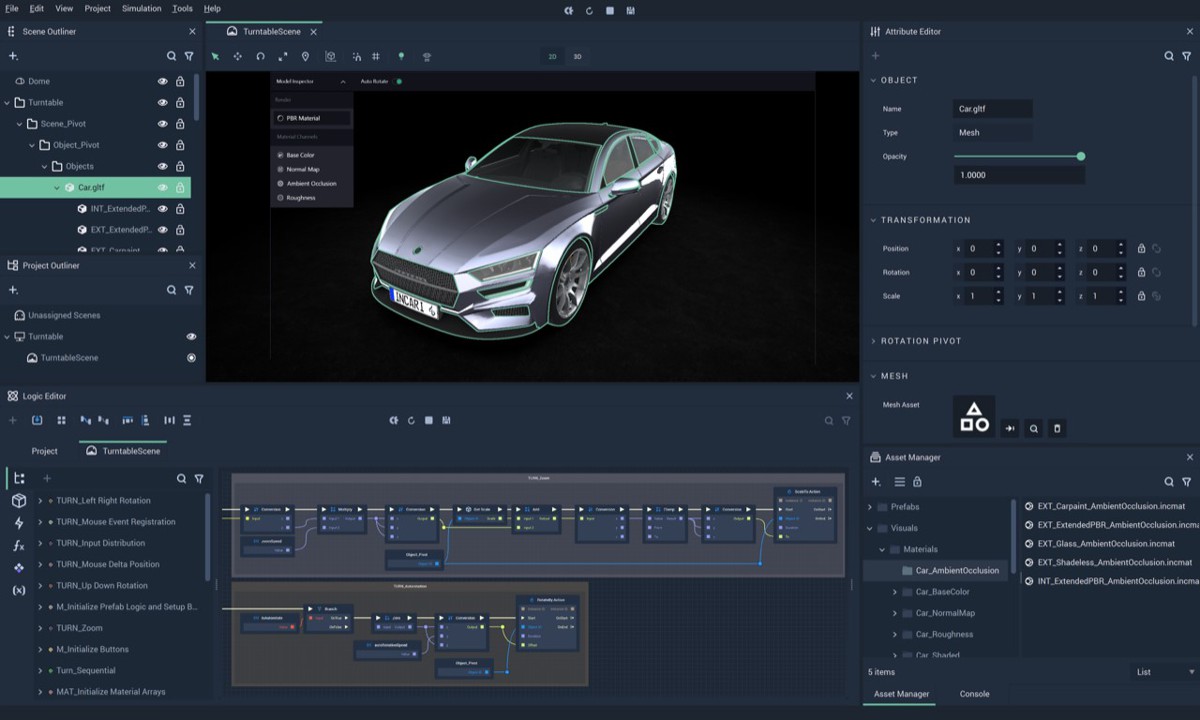 Prefabs enable the user to create multiple individual instances of a combination of objects, and then make changes that are enacted across all instances. This allows one to easily create several objects with the same functionality that retain unique properties via overrides. Moreover, Prefabs have their logic encapsulated within them. Any alterations in the Prefab properties or its logic affect all of its instances.

This makes it significantly easier for users to build increasingly complex applications without repetitive logic or inconsistent components. In most projects, many objects (such as buttons, list items, toggles and more) are designed with small alterations from a base component. Prefabs bring the same functionality to Incari Studio – enabling you to carry over base logic and design between components with a single click. Packing all of the assets and logic into a single exportable object, Prefabs are significantly easier to share, import and export, allowing for a better collaborative workflow and enabling users and teams to build a consistent component library. In a real-world use case, having built Prefabs for buttons, sliders and a slider bar, it would take the user only a few clicks to build a multi-page HMI system from scratch.

“The fundamental idea behind the Prefabs in Incari Studio is encapsulation, modularity and collaboration,” says Huballah. “Encapsulation means: Separate the concerns and keep the associated functionality and data in one place – do one thing and do it well. Modularity: Create reusable components. Create instances of a prefab that can have individual look and feel but still share the same logic. And finally, collaboration: Prefabs will not only reduce the sources of errors in a project, because you create them once and reuse them in the project, but will also save a lot of time and work because you can export and reuse them in other projects.” 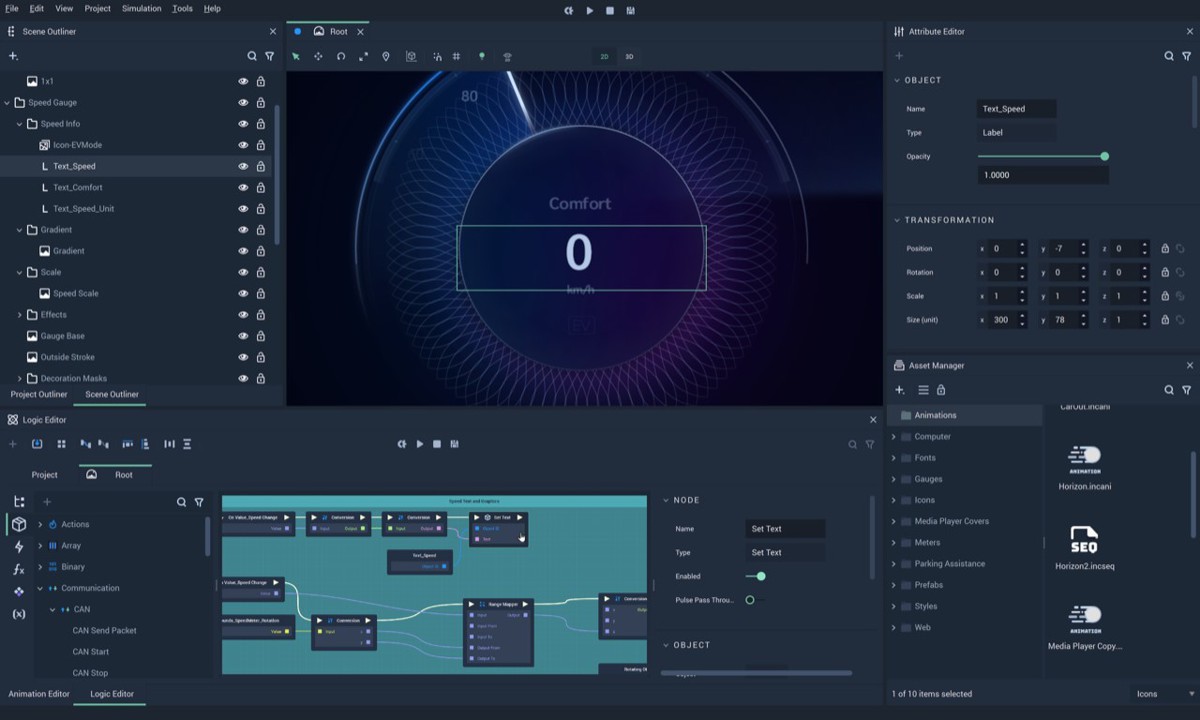 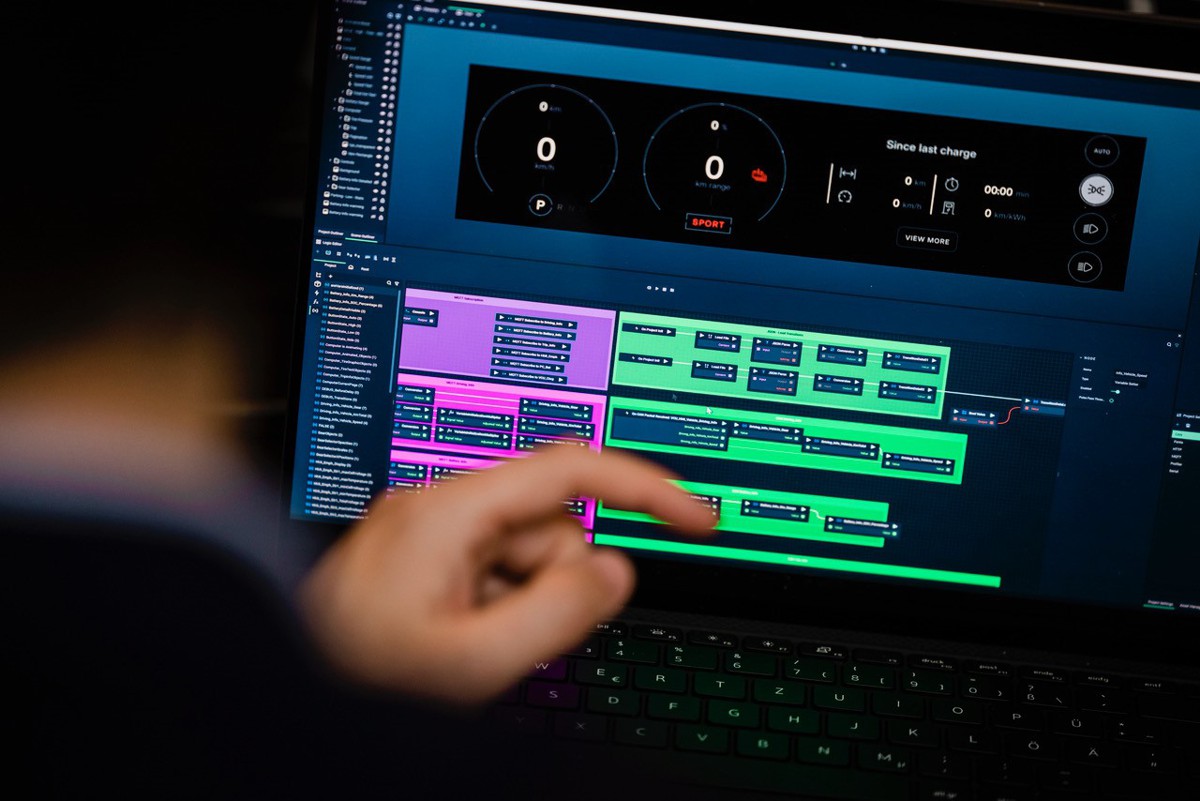 Plugins for more control over resources

This release introduces Plugins, which allow activating or deactivating modules of Incari Studio as per the needs of the user, meaning that you only include the functionality you need – optimizing hardware resources and reducing visual clutter in the Toolbox and building the foundation for a self-scalable structure.

Incari Studio is designed to be the go-to tool for building functional systems wherever humans and machines interact. As we expand our feature base to cater to a wider range of requirements, we believe it is important to give the user the freedom to build their own Incari Studio by making it as comprehensive as they need it to be. That’s why, with this new feature you can disable a communication module you don’t need or add a whole new Plugin for your needs, for example. 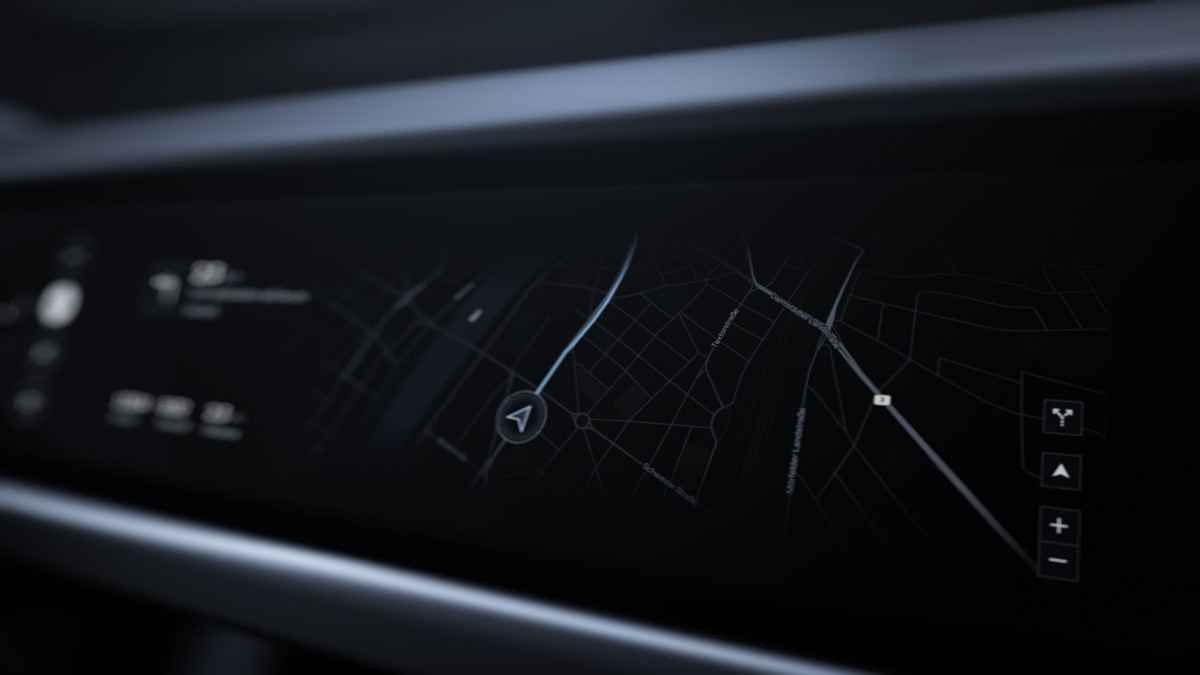 Incari Studio also now supports importing and rendering glTF files. glTF is a file format for efficient transmission and loading of 3D scenes and models – often called the “JPEG of 3D”. It packages all features into one file, such as geometry, textures, and shaders. The preferred version in Incari Studio is glTF 2.0.

This new file type makes it easier to incorporate external 3D designs that are ready to use without retouching them. Acknowledging the increasing use of glTF models in user-facing software applications, Incari Studio now enables you to natively interact with them. Since glTF models have their shading, masks and such already baked in, this makes it super easy to use pre-built models from various resources without making any other modifications. 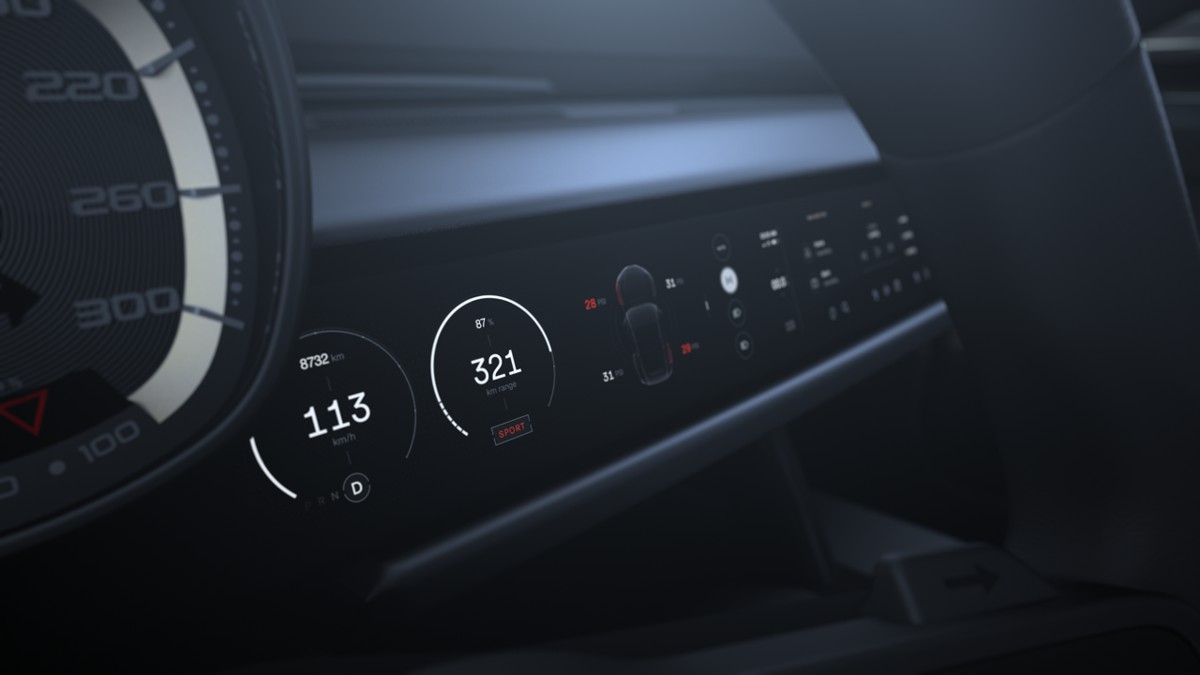 The new extended Physically-Based Rendering of Materials (PBR) offers more customization options than in previous versions, ensuring that Incari Studio is in line with the conventional standards of other real-time rendering engines. Incari Studio now implements the metallic-roughness PBR workflow by allowing users to use maps for these material slots as well as ambient occlusion. This means that 3D objects have more visual fidelity with less strain on resources.

Using PBR, you can now work on improved and more realistic materials, simulating the reaction of objects to the flow of light in the actual world. Using this powerful feature, users can shade their models and render them using standards they are accustomed to without ever leaving Incari Studio. 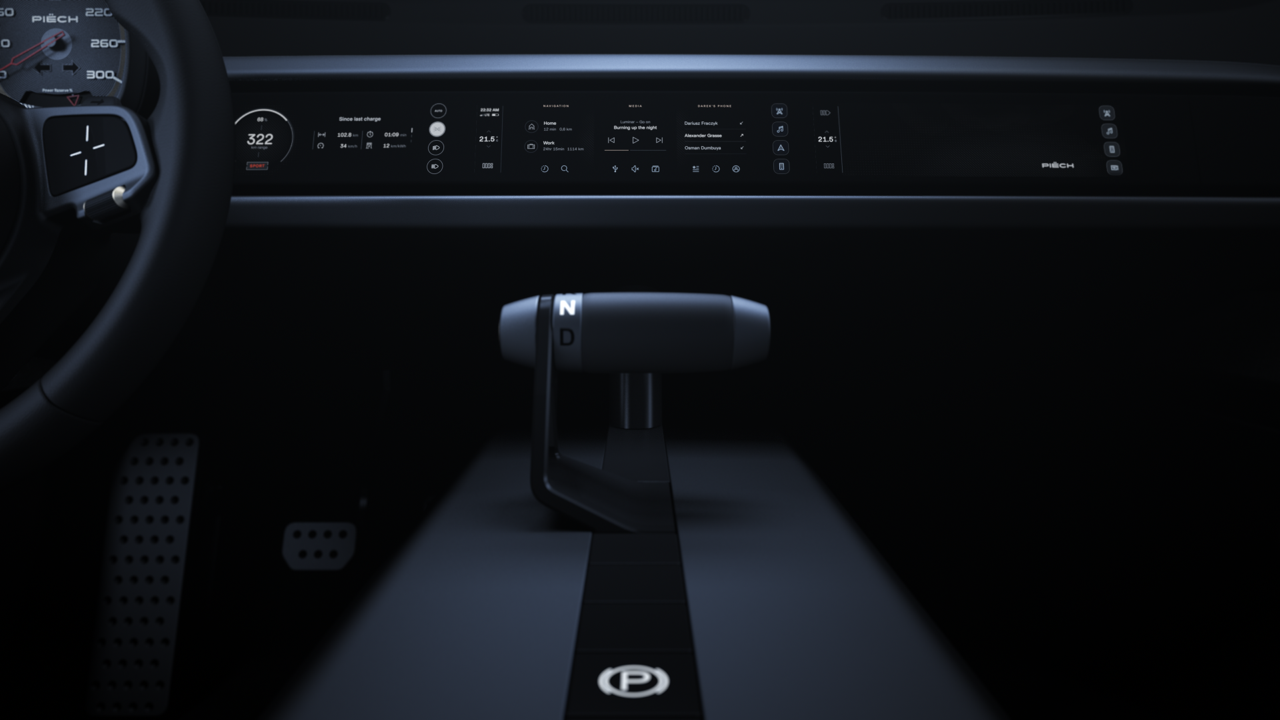 0 0 0
Previous : Multilayered Coating could herald Corrosion Resistant Steel
Next : Truck Platooning coming with several trucks and only one driver