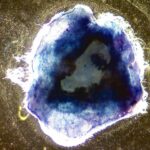 Photo Credit To University of Portsmouth

The small aquatic snail-like molluscs use a tongue bristling with tiny microscopic teeth to scrape food off rocks and into their mouths.

These teeth contain a hard yet flexible composite, which in 2015 was found to be the strongest known biologically occurring material, far stronger than spider silk and comparable to man-made substances, including carbon fibre and Kevlar.

The team has now successfully mimicked limpet tooth formation in a laboratory and used it to create a new composite biomaterial.

The study, published today in the journal Nature Communications, suggests it has the potential to be upscaled into something that could rival the strength and flexibility of synthetics, but be disposed of without generating harmful waste products.

Lead author Dr Robin Rumney, from the University’s School of Pharmacy and Biomedical Sciences, said: “Fully synthetic composites like Kevlar are widely used, but the manufacturing processes can be toxic, the materials difficult and expensive to recycle.

“Here we have a material which potentially is much more sustainable in terms of how it’s sourced and made, and at the end of its life can be biodegraded.”

It’s thought the secret to the limpet tooth’s strength is a unique structure containing a combination of flexible tightly packed fibres of a scaffold material called chitin, interspersed with fine crystals of an iron containing mineral called goethite. Those fibres are laced through each other in much the same way as carbon fibres can be used to strengthen plastic.

Researchers developed methods which allowed these cell populations to grow outside of their natural environment on serum-coated glass, where they deposited chitin and iron oxide just as in the limpet tooth.

Remarkably, after two weeks they self-organised into structures that resembled the limpet organ, known as the radula, which makes the teeth. This kind of extremely powerful regeneration has also been observed in sponges, but they lack the complex arrangement of tissues and organs found in limpets and other molluscs.

“I spent six months setting up this process”, he added. “I went through every kind of permutation I could think of for what the cells might need and how they’d grow.

“It’s very different to growing bacteria or cancer cells which commonly grow in a lab environment, so we had to work out from scratch what would work.”

After successfully replicating the limpet tooth formation, the team was then able to produce samples of biomaterial half a centimetre wide. They did this by mineralising a sheet of chitin, which is a waste by-product of the fishing industry found in the exoskeletons of crustaceans, crabs, and shrimps.

Now that proof of concept has been established, Dr Rumney and the team want to explore the possibility that these minidiscs can be scaled up and mass manufactured.

He said: “Our next step is to find other ways of getting the iron formation occurring, so we’re studying the secretions of the limpet cells to better understand that. If it works really well, then we already have the gene readouts of the organ so we can lift the genes of interest out, and hopefully put them into bacteria or yeast to grow them at scale.

“Obviously we have a plastics crisis in the oceans right now, and I think it’s a nice symmetry that we can learn from a sea creature how to better protect them by replacing the use of plastics with a biological substitute.

“This has been a truly interdisciplinary project, with full support from marine biologists and active involvement from our resident bioinformatician who quantified all of the gene readouts from the radula which makes the teeth. We also could not have met our aims without the engineers who carried out X-ray analysis and mechanical testing, and chemists who helped develop the material.”

Senior author of the paper, Professor Darek Gorecki from the School of Pharmacy and Biomedical Science at the University of Portsmouth, said: “I started this as a curiosity project with a challenge to see if we grow cells from limpet’s radula using principles applied in my lab for culturing mammalian cells.

“It wasn’t just a blue-sky research, where real-world applications are not immediately apparent, it was almost a pie-in-the-sky project. When it works, this is where science is at its best.” 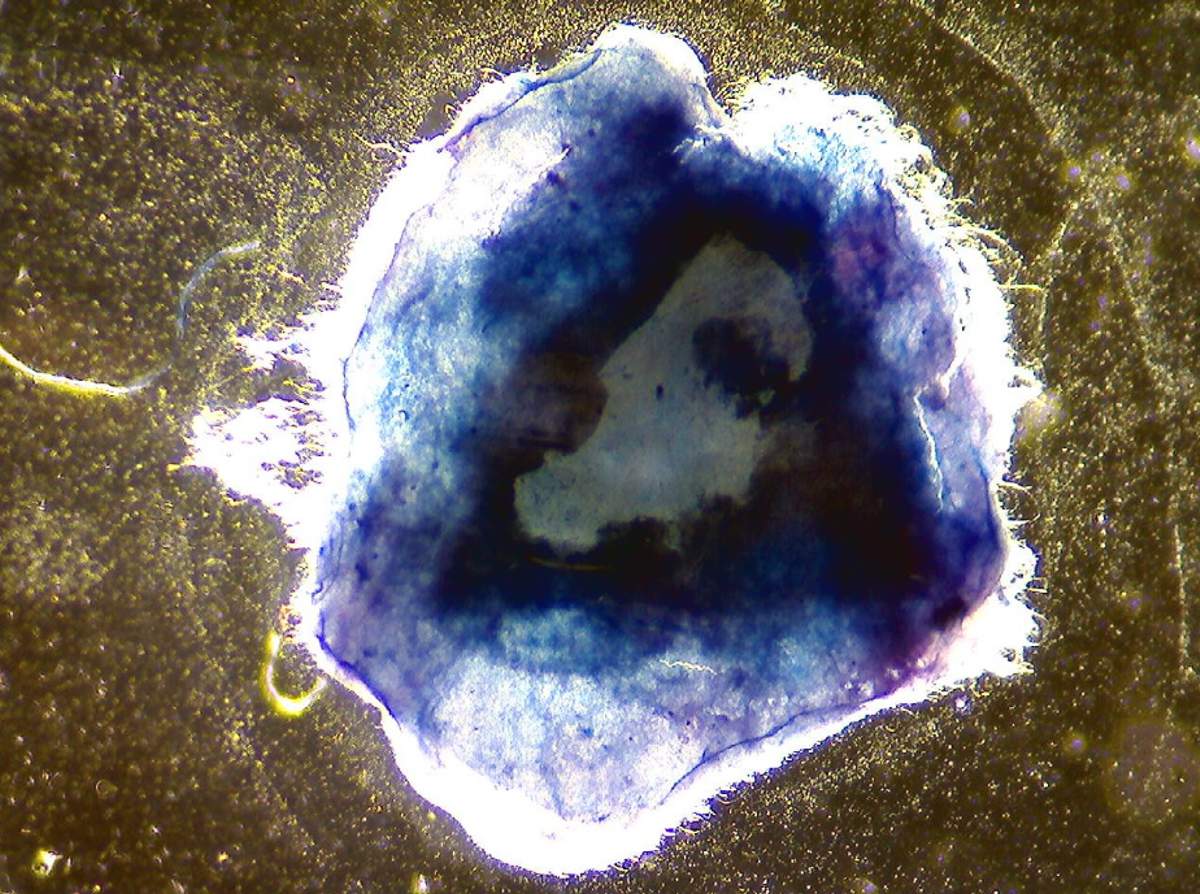