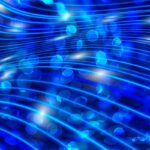 Light could turn Methane into Methanol

Light could turn Methane into Methanol

An international team of researchers, led by scientists at the University of Manchester, has developed a fast and economical method of converting methane, or natural gas, into liquid methanol at ambient temperature and pressure.

The method takes place under continuous flow over a photo-catalytic material using visible light to drive the conversion.

To help observe how the process works and how selective it is, the researchers used neutron scattering at the VISION instrument at Oak Ridge National Laboratory’s Spallation Neutron Source.

The method involves a continuous flow of methane/oxygen-saturated water over a novel metal-organic framework (MOF) catalyst. The MOF is porous and contains different components that each have a role in absorbing light, transferring electrons and activating and bringing together methane and oxygen. The liquid methanol is easily extracted from the water. Such a process has commonly been considered “a holy grail of catalysis” and is an area of focus for research supported by the U.S. Department of Energy. Details of the team’s findings, titled “Direct photo-oxidation of methane to methanol over a mono-iron hydroxyl site,” are published in Nature Materials.

Naturally occurring methane is an abundant and valuable fuel, used for ovens, furnaces, water heaters, kilns, automobiles and turbines. However, methane can also be dangerous due to the difficulty of extracting, transporting and storing it.

Methane gas is also harmful to the environment when it is released or leaks into the atmosphere, where it is a potent greenhouse gas. Leading sources of atmospheric methane include fossil fuel production and use, rotting or burning biomass such as forest fires, agricultural waste products, landfills and melting permafrost.

Excess methane is commonly burned off, or flared, to reduce its environmental impact. However, this combustion process produces carbon dioxide, which itself is a greenhouse gas.

Industry has long sought an economical and efficient way to convert methane into methanol, a highly marketable and versatile feedstock used to make a variety of consumer and industrial products. This would not only help reduce methane emissions, but it would also provide an economic incentive to do so.

Methanol is a more versatile carbon source than methane and is a readily transportable liquid.  It can be used to make thousands of products such as solvents, antifreeze and acrylic plastics; synthetic fabrics and fibres; adhesives, paint and plywood; and chemical agents used in pharmaceuticals and agrichemicals. The conversion of methane into a high-value fuel such as methanol is also becoming more attractive as petroleum reserves dwindle.

A primary challenge of converting methane (CH4) to methanol (CH3OH) has been the difficulty of weakening or breaking the carbon-hydrogen (C-H) chemical bond in order to insert an oxygen (O) atom to form a C-OH bond. Conventional methane conversion methods typically involve two stages, steam reforming followed by syngas oxidation, which are energy intensive, costly and inefficient as they require high temperatures and pressures.

The fast and economical methane-to-methanol process developed by the research team uses a multicomponent MOF material and visible light to drive the conversion. A flow of CH4 and O2 saturated water is passed through a layer of the MOF granules while exposed to the light. The MOF contains different designed components that are located and held in fixed positions within the porous superstructure. They work together to absorb light to generate electrons which are passed to oxygen and methane within the pores to form methanol.

“To greatly simplify the process, when methane gas is exposed to the functional MOF material containing mono-iron-hydroxyl sites, the activated oxygen molecules and energy from the light promote the activation of the C-H bond in methane to form methanol,” said Sihai Yang, a professor of chemistry at Manchester and corresponding author. “The process is 100% selective – meaning there is no undesirable by-product – comparable with methane monooxygenase, which is the enzyme in nature for this process.”

The experiments demonstrated that the solid catalyst can be isolated, washed, dried and reused for at least 10 cycles, or approximately 200 hours of reaction time, without any loss of performance.

“This process has been termed the ‘holy grail of catalysis.’ Instead of burning methane, it may now be possible to convert the gas directly to methanol, a high-value chemical that can be used to produce biofuels, solvents, pesticides and fuel additives for vehicles,” said Martin Schröder, vice president and dean of faculty of science and engineering at Manchester and corresponding author. “This new MOF material may also be capable of facilitating other types of chemical reactions by serving as a sort of test tube in which we can combine different substances to see how they react.”

Using neutrons to picture the process

“Using neutron scattering to take ‘pictures’ at the VISION instrument initially confirmed the strong interactions between CH4 and the mono-iron-hydroxyl sites in the MOF that weaken the C-H bonds,” said Yongqiang Cheng, instrument scientist at the ORNL Neutron Sciences Directorate.

“VISION is a high-throughput neutron vibrational spectrometer optimized to provide information about molecular structure, chemical bonding and intermolecular interactions,” said Anibal “Timmy” Ramirez Cuesta, who leads the Chemical Spectroscopy Group at SNS. “Methane molecules produce strong and characteristic neutron scattering signals from their rotation and vibration, which are also sensitive to the local environment. This enables us to reveal unambiguously the bond-weakening interactions between CH4 and the MOF with advanced neutron spectroscopy techniques.”

By eliminating the need for high temperatures or pressures, and using the energy from sunlight to drive the photo-oxidation process, the new conversion method could substantially lower equipment and operating costs. The higher speed of the process and its ability to convert methane to methanol with no undesirable by-products will facilitate the development of in-line processing that minimizes costs.

Funding and resources were provided by the Royal Society; the University of Manchester; the EPSRC National Service for EPR Spectroscopy at Manchester; the European Research Council under the European Union’s Horizon 2020 research and innovation program; the Diamond Light Source at the Harwell Science and Innovation Campus in Oxfordshire; the U.S. Department of Energy’s Spallation Neutron Source at Oak Ridge National Laboratory and the Advanced Photon Source at Argonne National Laboratory; and the Aichi Synchrotron Radiation Centre in Seto City. Computing resources at ORNL were made available through the VirtuES and ICE-MAN projects funded by ORNL’s Laboratory Directed Research and Development program and Compute and Data Environment for Science.