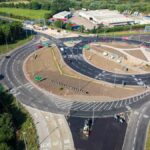 Queue jumping is an ever present and increasing problem on the UK’s road network, whereby motorists wrongly utilise a traffic-free lane to cut in front of other road users.

However, an innovative solution put in place by WJ in Northamptonshire could put an end to the dangerous manoeuvres, with the trial seeing a 95% overall reduction in offences from serial offenders.

In December 2020, the Chowns Mill roundabout in Northampton was seeing a high number of motorists purposefully using the wrong lane in order to skip long queues from the A45 Southbound turning on to the A6 Northbound. Motorists were using the less busy left-hand lane – which was exclusively for those looking to turn off at the first exit only – to take the fourth exit.

As a result of the queue jumping, several minor collisions were reported on the roundabout, endangering people’s safety and causing even greater delays. To ensure that the safety of road users was maintained, WJ Group was asked by Chevron Traffic Management to provide a temporary solution to deter motorists from performing the dangerous manoeuvre. 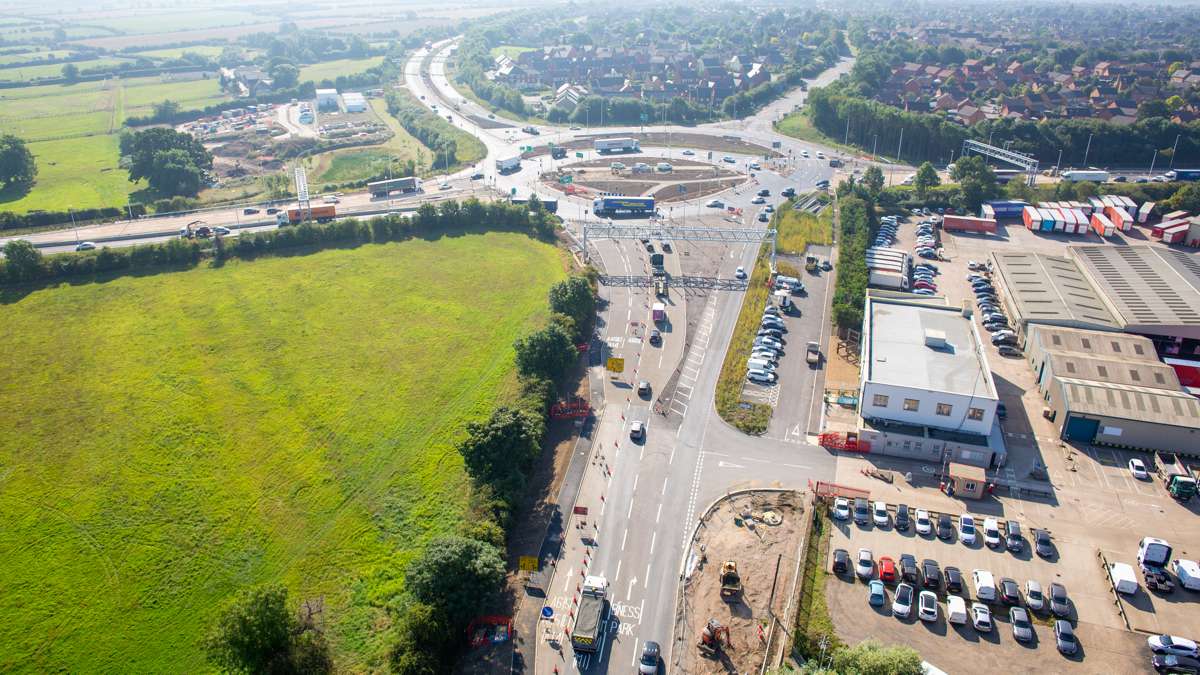 After being approached, WJ were quick to develop a solution that repurposed two of their existing pieces of equipment: the Siemen’s Sicore II ANPR Camera – to monitor the lanes – and WJ Solar Trailers as the power source. Unlike other ANPR camera systems, which are usually powered by diesel generators, the Siemens 24-volt ANPR camera system is compatible with WJ’s Solar trailers, providing a more environmentally sustainable and mobile power option.

Tom Howarth, ITS Manager at WJ explained: “Our engineers were able to work with Siemens to modify the camera system, which is usually used as an average speed camera, to track motorists travelling down the left-hand lane. Because the primary use of the camera is to monitor speed, we had to set the threshold to 0mph, meaning all road users in the left lane would be tracked. Another camera was then placed at the exit, allowing us to start monitoring road users who were using the wrong lanes.”

The system was designed to ensure that any vehicle captured by both cameras was identified and their number plates passed on to the appropriate authorities. Importantly, the solution was able to identify which drivers were repeat offenders, enabling authorities to issue letters informing drivers of their dangerous behaviour. The cameras were in place for a three-month trial period, from June through to the end of August, with clear signposting to ensure road users were aware of the safety monitoring, taking place. 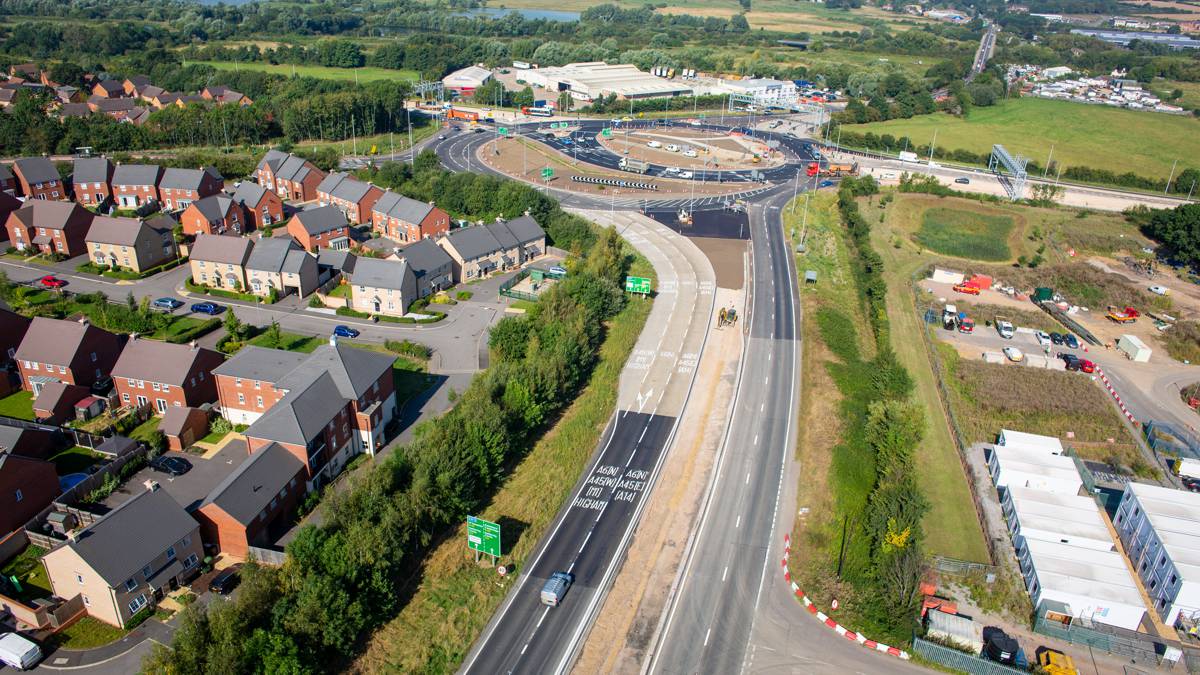 As a result of the innovative use of the camera system, it was identified that repeat offenders accounted for 912 violations. Northamptonshire Police issued 72 warning letters to these repeat offenders, which resulted in reducing re-offending by 95% by these drivers.  Month on month, the police also reported a steady and continuing decrease in the number of people who used the wrong lane, resulting in improved road user safety. In August, for example, there were 35% fewer queue jumpers compared to June.

Alistair Goodsir at Chevron Traffic Management commented: “Road worker and user safety is our number one priority, particularly when working on significant changes to the road system. We are always looking for new ideas and innovations that can help improve safety and the reduction of queue jumpers speaks for itself. We are pleased WJ was able support us with this and provide such an innovative use of their speed camera system.”

Tom Howarth continued to say: “The stark decrease, month on month, in the number of road users choosing to jump lanes demonstrates the effectiveness of the repurposed camera technology. We’re incredibly pleased with the outcome of the trial at Chowns Mill Roundabout and are looking forward to applying the cameras to other areas looking to deal with queue jumpers.” 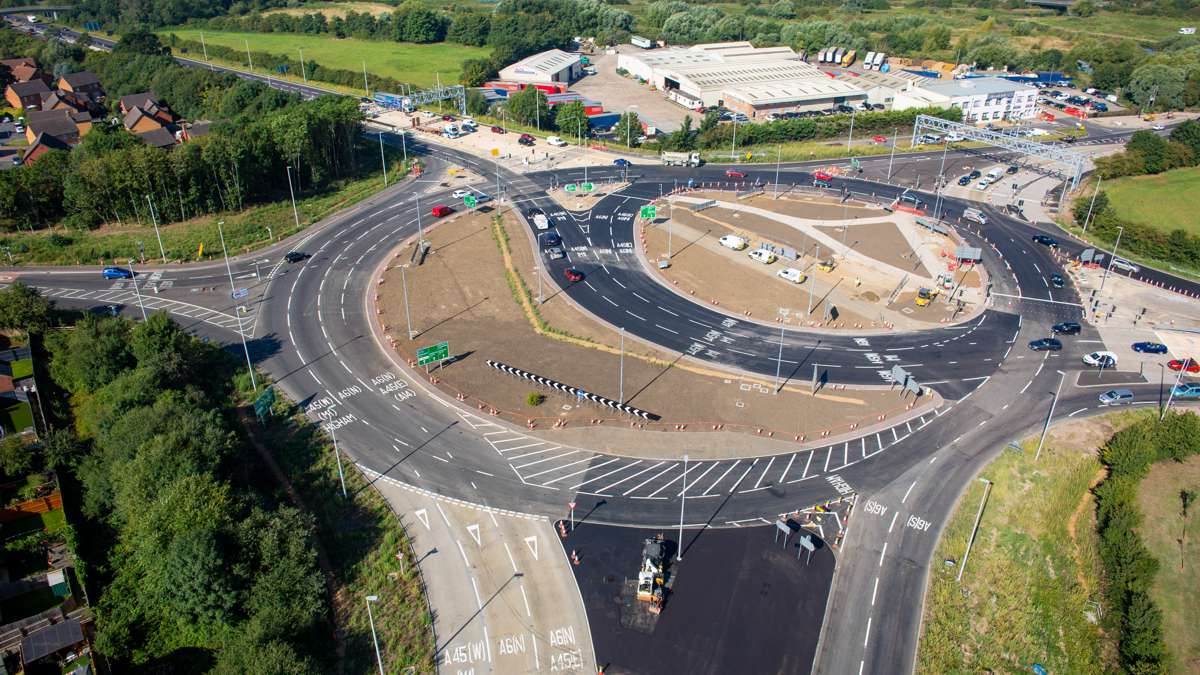 The overall outcome of the trial saw a dramatic decrease in the number of motorists choosing to jump lanes at the Chowns Mill Roundabout, from 5,148 violations in June to 2,288 in August (counted to 20 August) – a positive result for all road users. Additionally, it demonstrated WJ’s innovative capabilities, through the combination of two existing technologies to create a first-of-a-kind queue jumping prevention solution.

This resulted in the delivery of a sustainable, high-performing and reliable system that achieved results throughout the trial with minimal issues. Due to this success, partners throughout the industry have contacted WJ, to explore innovative solutions that can help them maintain safety on the roads.

0 0 0
Previous : Investing in Electric Cars – Get in before it’s too late
Next : Saietta transforming Buses and Coaches into Zero-emissions vehicles