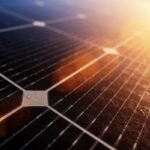 What Exactly is Snail Trail Contamination? 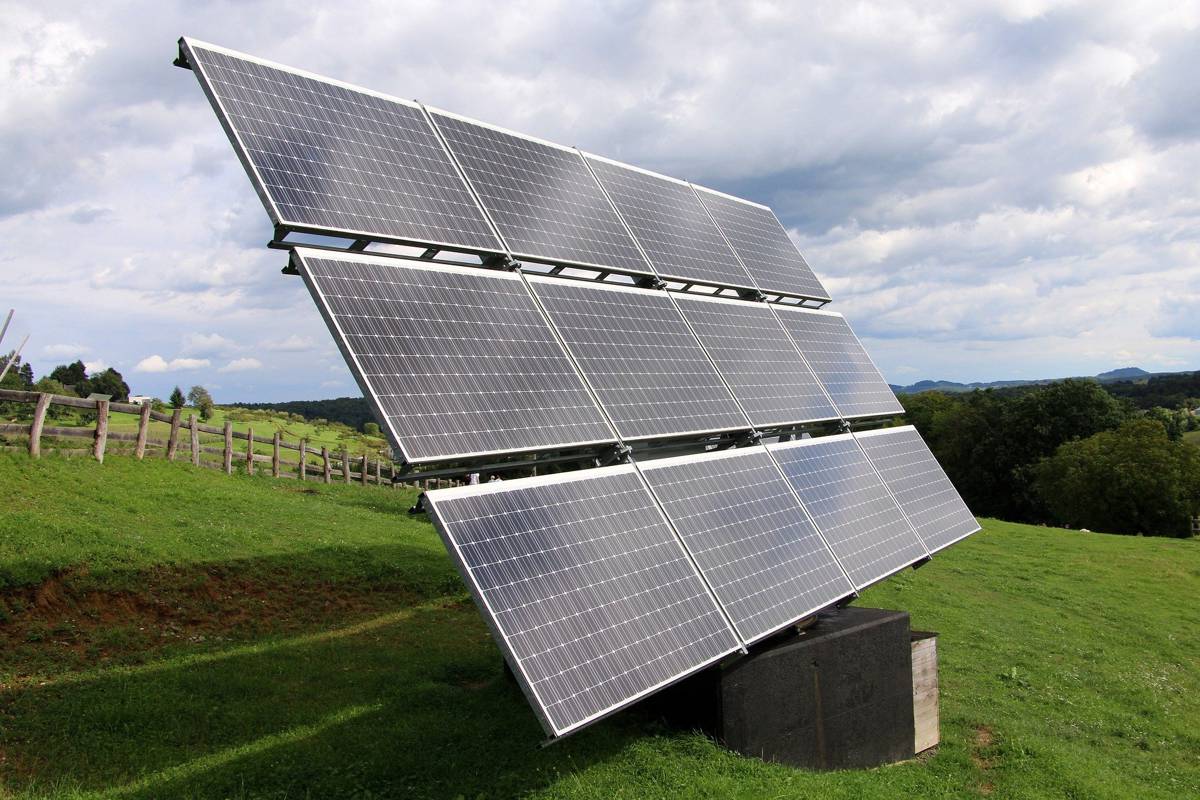 What Are The Causes of Snail Trails?

Snail trails are a result of the interaction of several elements. The discolouration is caused by silver acetate forming, which is then synthesized by silver carbonate. This reaction causes the snail trails because of the chemical breakdown. Cracks can also be formed depending on the impact of the reaction. In turn, this reaction starts lowering the power of solar panels that have developed snail trails. 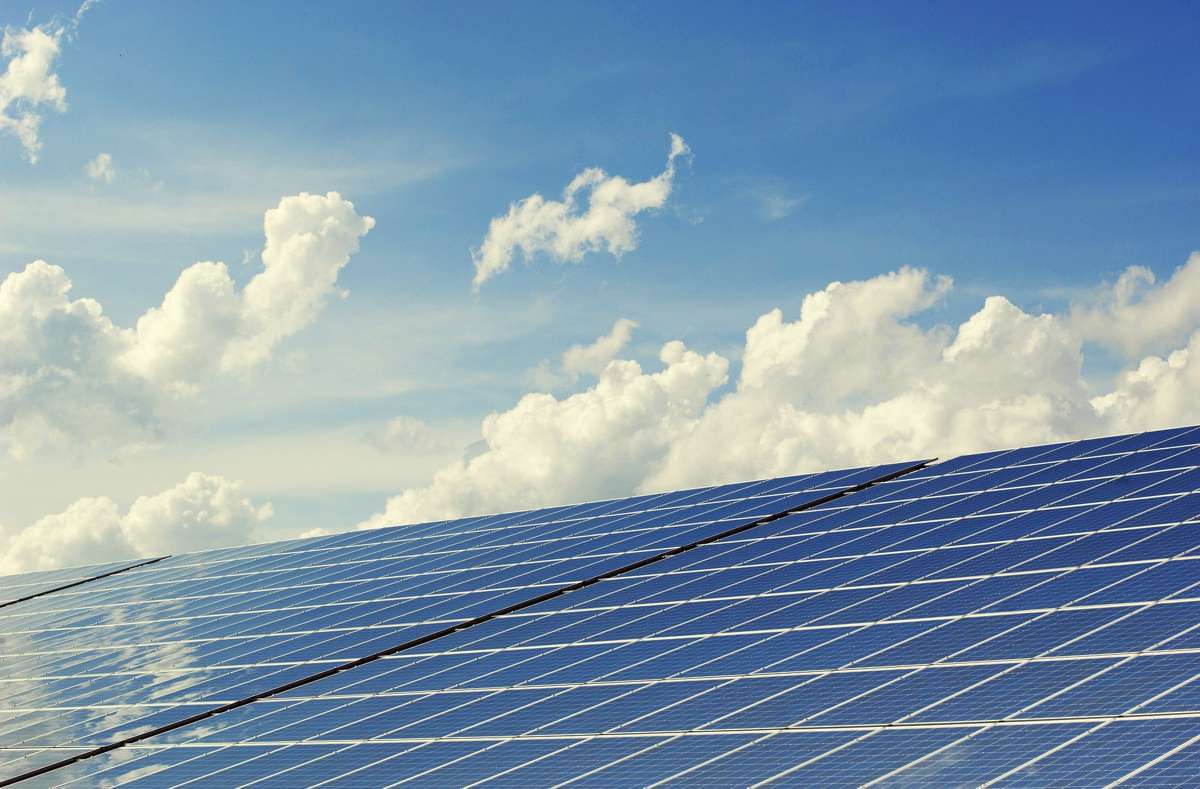 The makeup of these panels happen to be designed poorly. Panels have little to no protection implemented in their makeup. Crystalline silicon solar panel cells are only 19um thick, which is an extremely thin measurement. The thickness is so minimal that it’s compared to the width of two strands of human hair. The material known as silicon is weak and prone to an array of damages. The silicon on these panels is brittle, fragile, and frequently is damaged simply just during transportation of panels to solar plants. As you can see, crystalline silicon solar panels aren’t made in the most effective way. They are unprotected during heavy snowfall or any other strong weather. Scientists have stated that snail trails are a common issue in solar plants. It’s rare to see a solar plant with little to no solar panels destroyed by power degradation.

There is little you can do to prevent snail trails from forming on solar panels. Due to the fact they are used outside, they can’t be protected from nature’s elements. Naturally, the purpose of solar panels is to absorb energy from the sun to produce energy. Ironically, heat, humidity and UV radiation support the chemical reaction that causes snail trails. Conclusively, the design of solar panels and the environment they are used in doesn’t help put an end to power degradation. 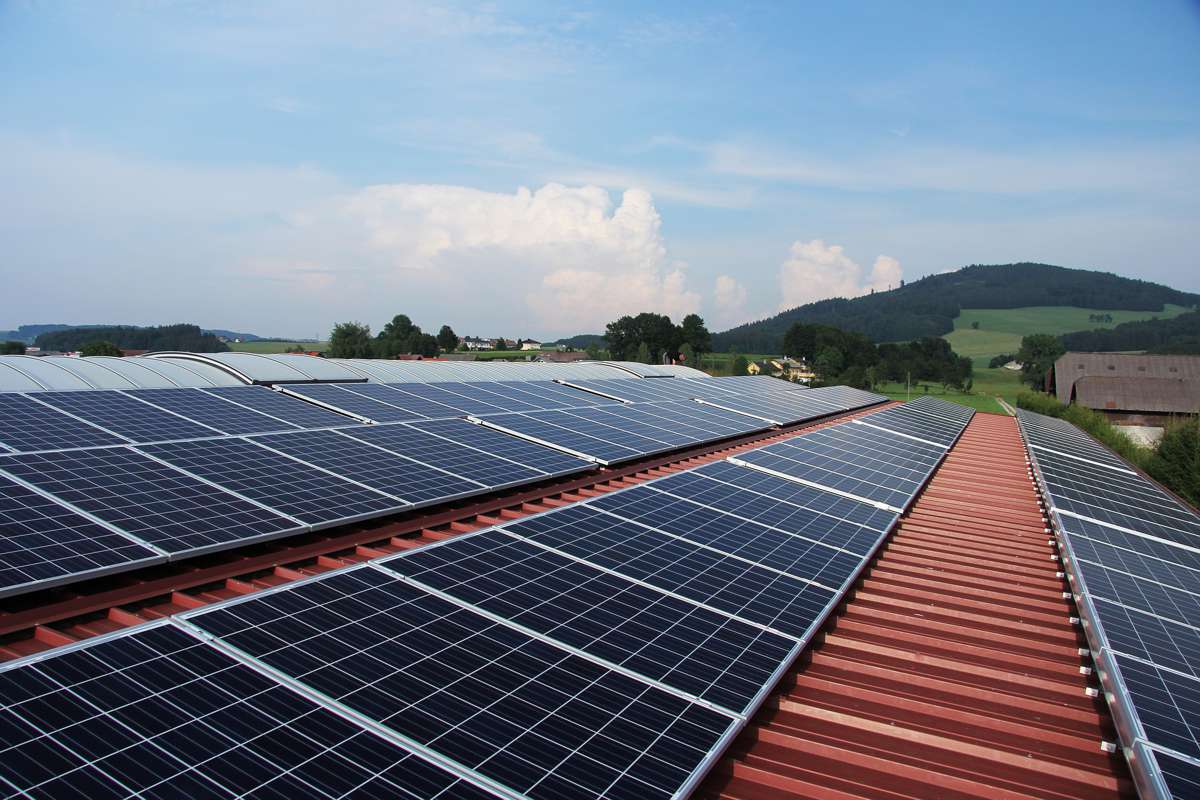 Solar panels were advertised as long-lasting, sustainable energy sources. They were meant to be a great investment for modern energy production. “Unfortunately, it is unknown by many that solar panels aren’t the mega energy producers they are claimed to be. The modern solar panel’s weak build makes them less reliable. Now the true question is, how reliable can the crystalline silicone model solar panel be? Let’s see how reliable solar panels are when it comes to other common damages, recent efficiency, and how long they last” says Micheal Lynch, a journalist at Brit Student and Write my X.

Now it probably isn’t much of a surprise but solar panels develop other common damages as well. Snail trails are certainly not the only way solar panels can become destroyed. Here are the most common solar panel damages.

Hot Spots: Overtime, hot spots develop on solar panels due to excessive heat. These spots occur commonly because of manufacturing defects, prior damages, and bad connections in the cells of a solar panel. When there are many hot spots that have formed on solar panels, it puts them at risk for being destroyed by a short-circuit. Hot spots are one of the worst damages done to solar panels, and are also a huge contributor to panel replacement.

Inner Corrosion: When high levels of moisture enter the insides of solar panels, corrosion is likely caused. Panels are supposed to be both water and air tight. Because the manufacturing defects of solar panels is so high, lamination to achieve water and air tightness often fails. Poor lamination jobs allow for moisture to destroy the materials. Metal will begin to corrode, and corrosion can spread across the panel if moisture damage is severe enough. Glass, silicon, and other materials can also be destroyed when exposed to moisture. These damages lower a solar panel’s ability to function at peak performance.

Broken Glass: Even with the protective glass layer, solar panels are frequently damaged by weather. Sadly, glass damage isn’t preventable. If panel glass is broken by weather events such as hail, they are now more vulnerable to outside impacts.

Microcracks: The fragility of the silicone and glass increases the likelihood of microcracks. Either from heat damage, other reactions and poor design, microcracks form quite easily. Once there are microcracks formed on a solar panel, there is no going back. Energy production will alsobe slowed down when a panel is covered in cracks.

Dust Build Up: Funny enough, something as minor as dust can have some of the worst effects. Dust build up covers panel cells, creating shade. This shade slows down the speed of energy production. Luckily, this issue can be regulated if you have drainage channels to remove excess build up.

As you can see, it’s near impossible to protect your solar panels from becoming damaged. There aren’t any effective ways to solve damage issues. Since it is so easy for solar panels to break down, their reliability is highly questionable. Now, is the potential efficiency of modern solar panels worth it?

2. Recent Efficiency of the Modern Model

Research has shown that the modern solar panel models are only able to convert 20% of sunlight into usable energy. This percentage is already significantly low. Within hours of solar panel operation, the percentage of energy panels can produce drops down to a mere 18%. For 40 years, scientists have been researching the energy loss involved in solar panel energy production. Despite not having any costs to produce solar energy after panels have been purchased, results aren’t worth it. We use energy constantly, and an under 20% amount of energy production per panel is honestly pathetic. The end result is even worse because we only get a select amount of quality sunlight (around 8 hours) daily. The average American uses 10,649 kilowatt hours yearly. The average solar panel only produces 400-600 kilowatt-hours a year. This shows you that solar panels are inefficient, because one alone can’t produce enough energy for one person in a year. Hopefully in the future, solar panels will be able to have higher efficiency.

The average solar panel will last 20 to 30 years, which appears to be a lengthy lifespan. There is a guarantee that solar panels should work for at least two decades. Typically, solar power installation costs between $10,000-$20,000 on the low end. Assuming your panels are able to last at least 20 years, are they really worth the money? So far, we know that modern solar panels damage extremely easily. We also know that they are minimally efficient. Since modern panels produce only a small amount of energy, the costs are extreme. If your solar panels can produce for at least 20 years, then they are somewhat worth it. 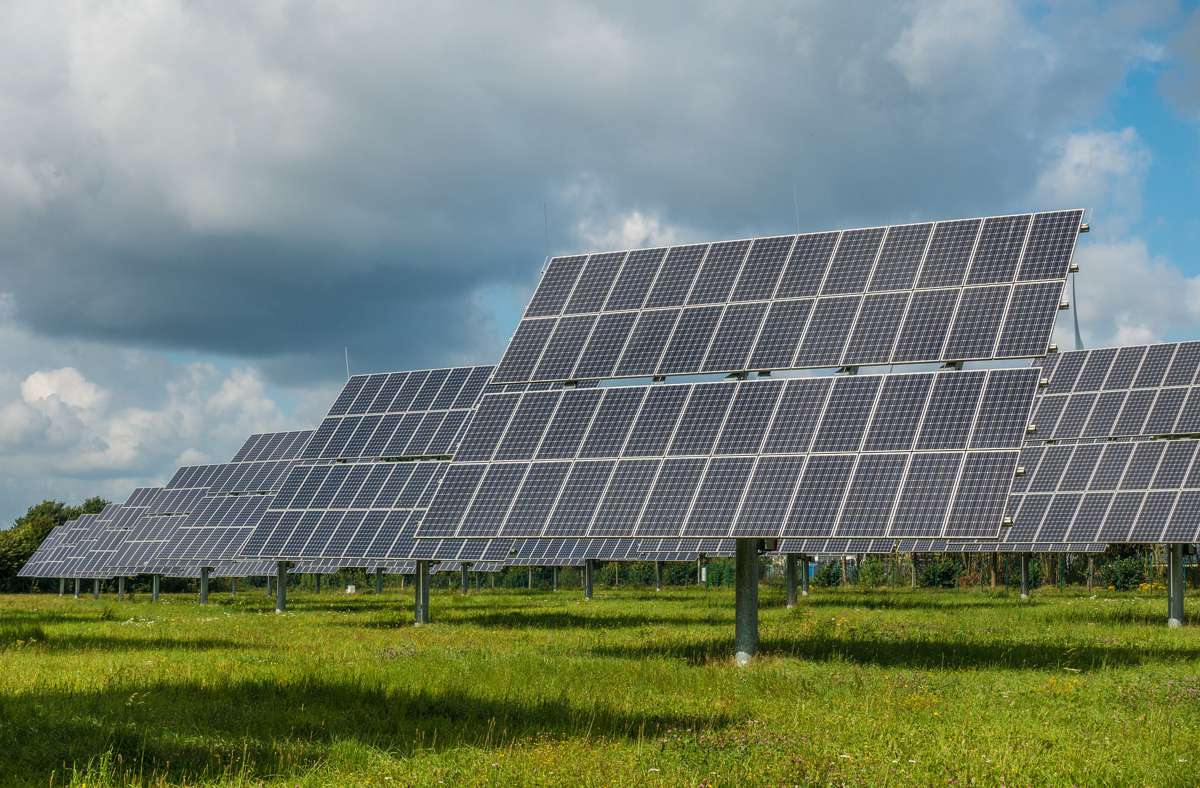 Obviously, nothing lasts forever. Keeping the price point in mind, solar panels are a risky investment. As for now, the crystallite silicon model we are familiar with today isn’t reliable. These solar panels constantly decrease in production. “They also quickly become damaged even by the slightest things. Due to the never-ending damages, poor efficiency, and questionable lifespan, solar panels have yet to be a well rounded source of energy” suggests Eric Brown, tech writer at Origin Writings and 1 Day 2 write. 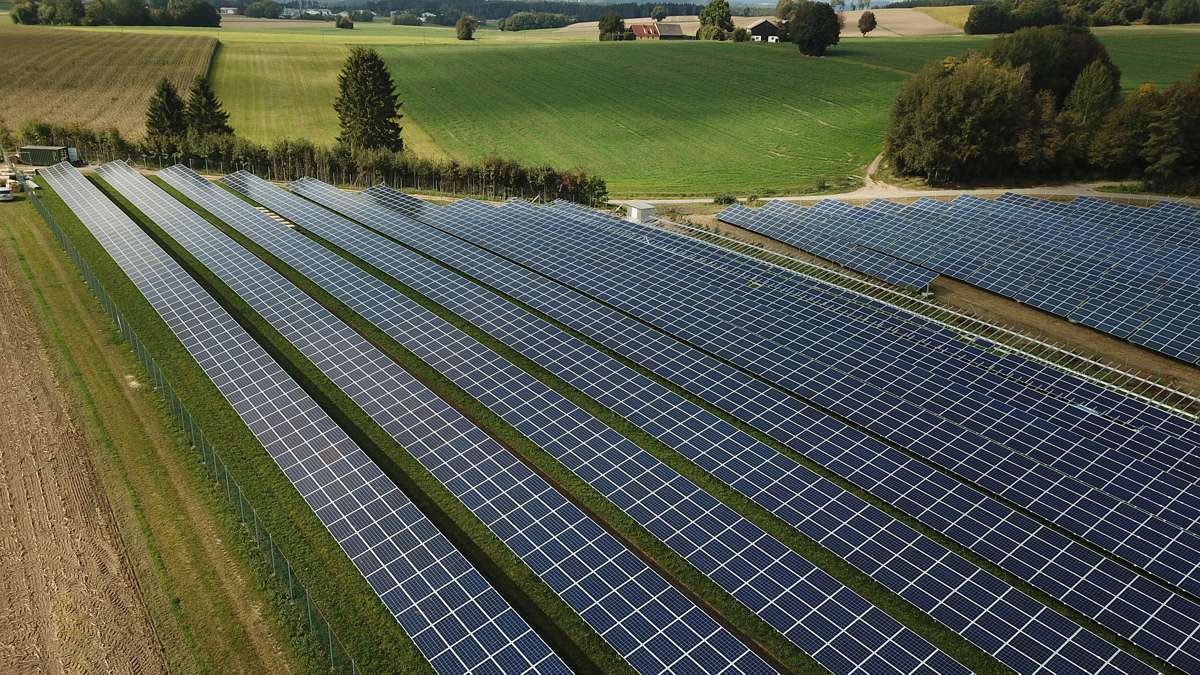 The Future of Clean Energy

Clean energy is the only way we can maintain a healthy planet, and a stable future on Earth. Solar energy has endless benefits, making it a perfect source of clean energy. Here is a list of the benefits of solar power.

Although there are benefits to solar power, the functions of current technology must be improved. Currently, solar panels don’t produce enough energy to result in the many benefits of solar energy. The flaws of solar power stop the full potential of this energy source from being fulfilled. 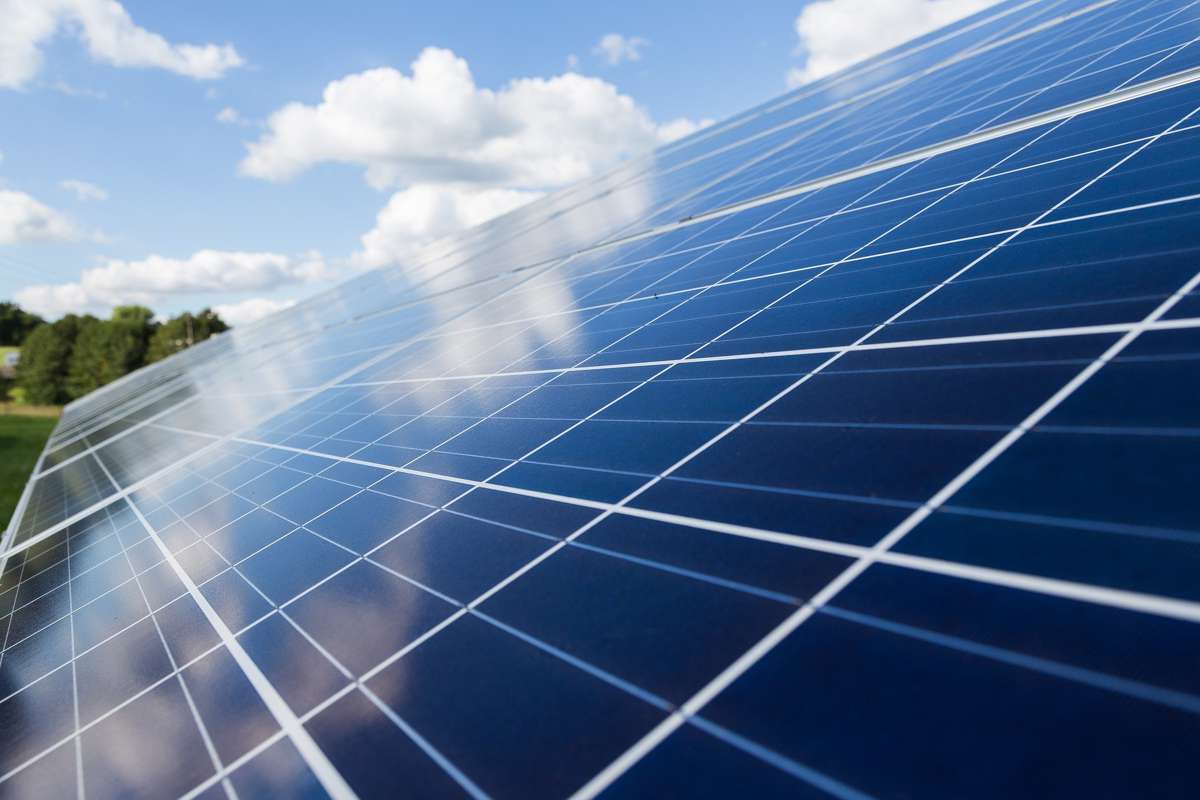 Solar panels are becoming a more popular choice for modern energy production. This is because they are an eco-friendly choice that requires minimal effort to produce energy. They are meant to last years upon years, but today we learnt today that solar panels aren’t actually as powerful as we thought.

Global warming has created a demand for clean energy sources. Among hydroelectricity, solar power is one of the most used types of clean energy. When it comes to sustainable energy, sources should be able to last for years. Yes, solar panels can last up to 30 years, but even if they do, that’s not long enough. In order to expand the lifespan of solar panels, we have to rethink the modern design. 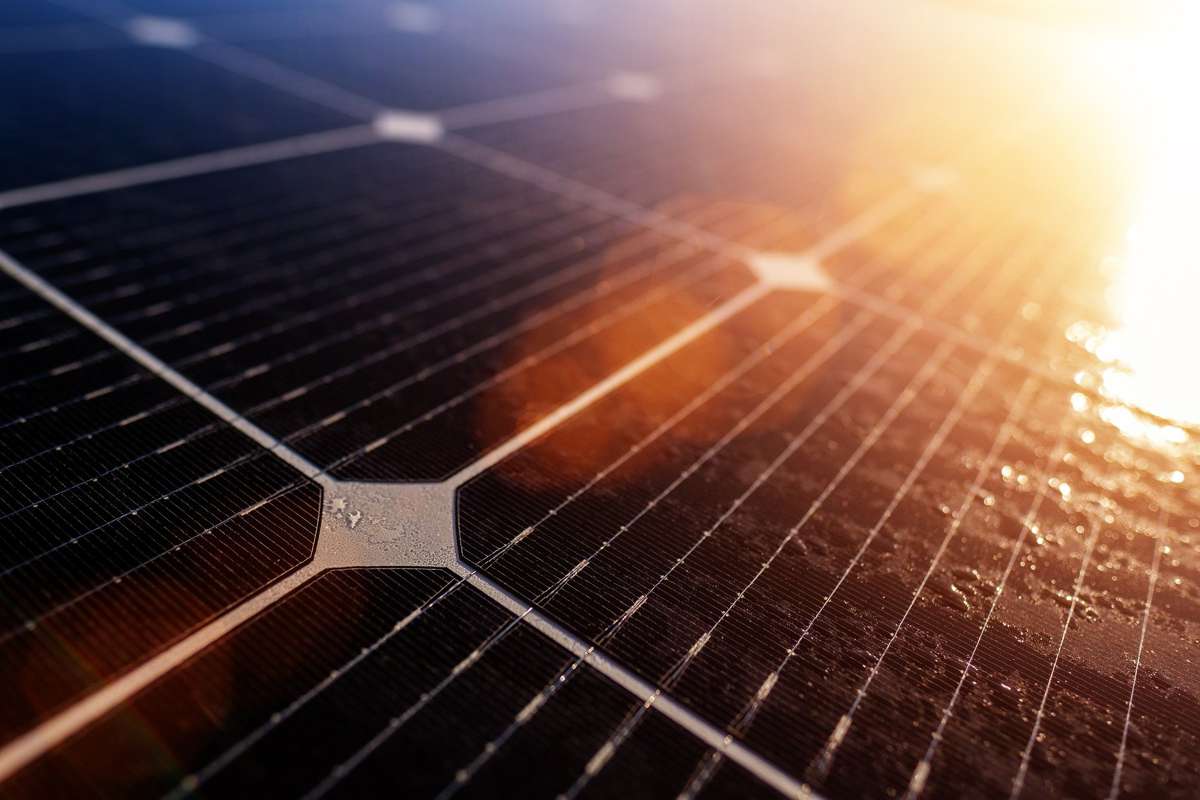 Along with the snail trail epidemic and other solar panel issues, it’s time to redesign the modern model. In order to achieve full effects of solar energy, we have to make improvements when it comes to the panels themselves. Instead of using fragile materials, we should use more protective supplies that don’t impact energy production. How we set up solar power energy is also an important change we must make. Solar Panels work better in cooler climates because hot places overwhelm solar panels, but in climates in cooler temperatures, panels can easily absorb heat. Often, people install solar panels at a fixed angle, but because the sun is always moving, this isn’t a good strategy.

Recently engineers have designed something called PV trackers. PV trackers move solar panels on a track so they are always getting the most sunlight possible. This invention will increase the overall productivity of solar panels. Depending on the geographic location, solar panels on PV trackers can raise energy produced to up to 45%. To put it bluntly, new innovations to solar panels will be incredible for solar energy. Forget about snail trails, because the redesigning of upcoming solar panels will likely fix issues like these. After new advancements, solar power will be an ultimate energy source.

Finding new stories to cover can be challenging, but with new events taking place daily, you are able to take inspiration from current events.

In order to get readers to understand your in-depth posts about new technology, you must use simple yet descriptive language.

Article by business development manager and content writer George J. Newton writes for several sites. He is a writer for Write my thesis and Dissertation writing service. During his ten years of content writing, he has had unlimited support from his wife. He also writes for Next Coursework blog.