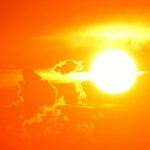 Chemists at Cornell University have discovered a way to use light and oxygen to upcycle polystyrene – a type of plastic found in many common items – into benzoic acid, a product stocked in undergraduate and high school chemistry labs and also used in fragrances, food preservatives, and other ubiquitous products.

Styrofoam egg cartons, hard plastic compact disc cases, red drinking cups and many other common products are composed of polystyrene, which makes up a third of landfill waste worldwide.

A team led by Erin Stache, assistant professor of chemistry and chemical biology at Cornell, found the reaction can even take place in a sunny window.

Their paper, “Chemical Upcycling of Commercial Polystyrene via Catalyst-Controlled Photooxidation” published in the Journal of the American Chemical Society.

In line with her lab’s mission to tackle environmental concerns through chemistry, the new process is mild, climate-friendly and scalable to commercial waste streams, Stache said.

Moreover, the process is tolerant of additives inherent in a flow of consumer waste, including dirt, dyes and other types of plastics.

Last summer, Stache’s lab ran some degradation experiments in a sunny window; in a place with strong year-round sunlight, the reaction could be done outdoors.

“The advantage of using light is you can get exquisite control over the chemical process based on some of the catalysts we’ve developed to harness the white light. If we can use sunlight to drive the process, that’s a win-win,” Stache said, noting that existing polymer recycling requires heating a polymer for melting and processing, which usually requires fossil fuel.

To test the tolerance of the process to other materials mixed with the PS plastic, the researchers used several products, ranging from packaging materials to coffee cup lids.

“These results signify that our system could efficiently break down commercial samples of PS, even with additional composite and insoluble material,” she said.

To demonstrate scalability and potential commercial application, the researchers created a setup with two syringe pumps and two LED lamps in a 3D-printed photoreactor. The efficiency of the breakdown process at the large scale was similar to that in small batches.

“If we can make the process even more efficient, we can think about how to commercialize it and use it to address waste streams,” Stache said.

This research was supported in part by the National Science Foundation.