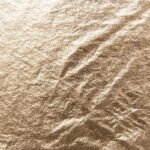 Among the different precious metals, gold is in demand in various fields such as batteries, electric vehicles, and renewable energy in the electric and electronic industries but always acts as a big variable in the industry due to its limited availability and high cost. Thus, research on ‘urban mining,’ which extracts precious metals from waste, is being actively conducted around the world.

However, most of the technologies for extracting high-purity gold using waste resources require large amounts of chemicals and high operating temperatures; therefore, it has environmental regulations and efficiency problems.

A Korean research team has developed a technology that can dramatically increase the recovery rate of precious metals from waste. The research team comprising Dr. Jae Woo Choi and Dr. Kyung-Won Jung from the Center for Water Cycle Research at the Korea Institute of Science and Technology (KIST, President Seok-Jin Yoon) reported that they developed a gold recovery process with the world’s highest recovery efficiency of 99.9 % by developing a capsule-type material in which a polymeric shell surrounds a multi-layered internal structure.

The developed material has the advantage of high recovery efficiency compared to conventional adsorption materials since the material traps gold ions inside the capsule for recovery. The material also has the advantage of preventing the clogging of the internal porous structure since the polymeric shell allows gold ions to penetrate while being impermeable to suspended solids present with gold. By introducing functional groups that react only with gold ions in the multi-layered internal structure, gold that has passed through the polymeric shell could be stably recovered even with the coexistence of 14 types of ions and 3 types of suspended solids. Capsule-type material can be produced through a continuous process based on the solvent exchange method, and its efficiency and stability were demonstrated by maintaining a recovery performance of 99.9% or more even when the material was reused 10 times.

Dr. Choi and Dr. Jung, stated: “The material developed through this research solves the problems of conventional materials developed for the recovery of precious metals. Moreover, it can be immediately applied to related industrial processes as they can be easily synthesized in large quantities”. They also stated, “Through this study, it was evident that the chemical properties and morphology of the recovered material could also play a very important role in recovering metal resources from the water.”

The lead author, Dr. Youngkyun Jung of KIST, said: “The results of this research are expected to serve as a basis for the development of the first eco-friendly process in Korea that can selectively recover and refine metal resources from waste and precious metal scraps generated in various industries, such as automobiles and petrochemicals.”

This research was supported by the KIST institutional program and the Material Innovation Project funded by the Ministry of Science and ICT (Minister Hye-Sook Lim), and the results of the research were published in the latest issue of the ‘Chemical Engineering Journal’ (IF: 13.273, top 2.448% in the JCR field), an international scientific journal in the field of chemical engineering.